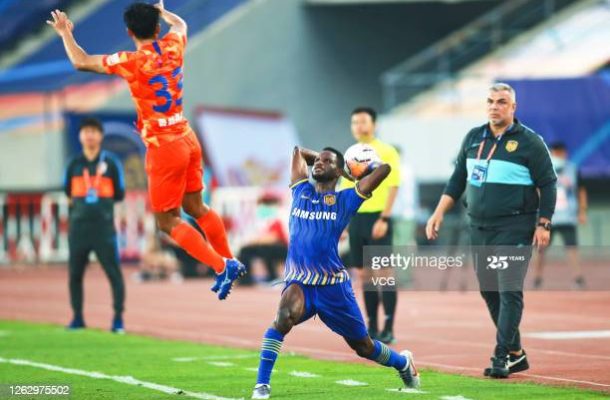 Ghanaian midfielder, Mubarak Wakaso made his debut for his new team in China Jiangsu Suning in the Chinese Super League on Friday at the Dalian Sports Center Stadium.

Jiangsu Suning welcome Shandong Luneng to their home in a Chinese Super League encounter which ended goalless between both sides.

The midfield enforcer was in excellent form for his side as they could only settle for a share of the spoils.

Wakaso did not play the full duration of the game as he was substituted in the 83rd minute by Zichang Huang.

Due to the coronavirus pandemic he was stucked in Ghana until his team made arrangements to pick him up with a private jet last month.