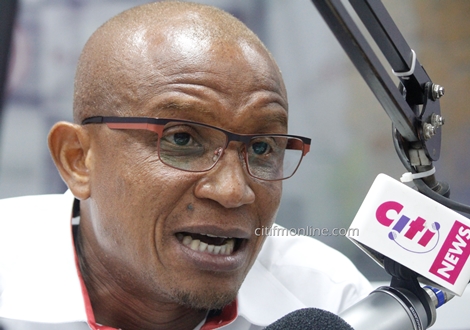 Mustapha Hamid, Spokesperson for the flagbearer of the opposition New Patriotic Party (NPP), Nana Akufo Addo, has said it would be ironic for President John Dramani Mahama to suggest that the opposition candidate is a divisive figure, given the public debate the president’s own decision to pardon the Montie trio has provoked.

Speaking at Bimbilla on his four-day campaign tour of the Northern region, President Mahama said that Nana Addo was leading “only half of the party” and that “the other half are sitting with their hands folded watching him drive the bus down the hill.”

“What we need in Ghana is an understanding President. The era of dictatorship is gone. We are not looking for dictator, somebody who can’t stand criticism. Within his own party, if you criticize him he will sack you. We are looking for a leader who can bring people together,” he added.

Mustapha Hamid stated that, the president’s remission of the four-month sentences of Alistair Nelson, Godwin Ako Gunn and Salifu Maase, alias Mugabe, had created the “biggest political division ever” in Ghana’s history and suggested that the president had no moral right to accuse Nana Addo of being divisive.

“It is the greatest irony in our political history today, that it’s President Mahama who is talking and labeling someone as divisive.

Currently in Ghana, the biggest of division inside the country is his singular irreverent act of letting loose people who have threatened to kill and rape our Supreme Court judges and who have been incarcerated and who for partisan reasons he has set free. That is a subject of huge division, not yesterday or the day before yesterday, now,” Mustapha Hamid said on Eyewitness News.

“Isn’t it ironic that the person who has created the biggest political division ever in our country’s history is the one who is pointing an accusing finger at somebody and saying that he’s a divisionist and a dictator? .” Mustapha Hamid suggested that, President Mahama might have pardoned the Montie FM contemnors to ‘resume their attacks’ on the NPP flagbearer. According to him, their incarceration had forced the president to take up the personal attacks on Nana Addo which he believes the jailed host and panelists of the pro-government radio station would otherwise have done.

“Once they [Montie trio] are incarcerated, he [Mahama] is the one now leading the insult attack. He wants them out so they can come and take over from him so he can rest. They have said they were working on his behalf so now that they are not there, he’s had to take up the insults himself. That’s the reason he’s [pardoned them],”

Mustapha Hamid said. He stated that, the President’s attacks on Nana Addo was an attempt to divert the people’s attention from the deplorable conditions the people in the Northern Region live in. He however added that, the NPP’s campaign will be a clean, issue-based one which would seek to address the concerns of Ghanaians.

“We will continue to focus on the message because the Ghanaian people will understand who really has a message and who has no message. I would be very excited if he continues on this trajectory. I would be very sad if he was to abandon these attacks on Nana Addo. Let him continue.”