My aim is to save Liberty from relegation - Silas Tetteh 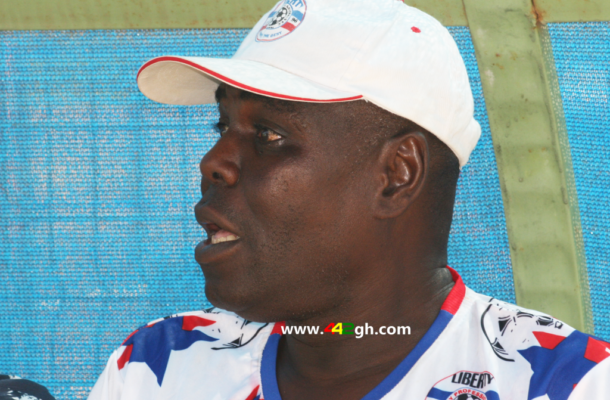 Liberty Professionals were in deep trouble heading into the second round of the Ghana Premier League.

Fast forward the appointment of Silas Tetteh and Andy Sinason has seemingly worked magic as Silas Tetteh is targeting getting one over Great Olympics.

The two side will clash this weekend in their Ghana Premier League match day 22 clash.

Liberty Professionals have recorded three consecutive victories which has taken them out of the relegation zone.

According to Silas Tetteh, Great Olympics will come out fighting after their damning 4-1 loss to Ebusua Dwarfs last week.

“I know Great Olympics will come out fighting, but we will continue to work hard and fight hard match after match until we achieve our target to escape relegation," he told Graphic Sports.

"Everything is in God’s hands,” he said.

The game has been scheduled to kick off at 15:00GMT.

Liberty Professionals after 21 matches played currently sit on the 14th position with 24 points.