My appointment as Deputy Transport Minister an elevation, not demotion – Tampuli 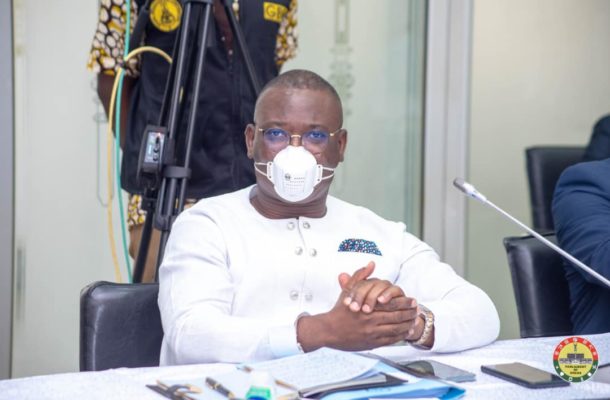 The Deputy Minister-designate for Transport, Hassan Tampuli has rejected claims that his appointment is a demotion from his previous position as the Chief Executive Officer (CEO) of the National Petroleum Authority (NPA).

Some Ghanaians are of the view that his former position was bigger than the new one assigned to him.

But Mr. Tampuli believes his new position is a call to duty to serve for the development of the country and described it as an “elevation”.

He thus expressed his readiness and desire to serve in the second-term government of President Akufo-Addo.

“It’s a matter of where you sit or stand, you either see that the cup is half full or half empty but be that as it may, I think that it is a call to duty. I’ve served my time at the National Petroleum Authority and I believe posterity will be the best judge of my legacy there. It is time to move on and take up other responsibilities. Mr. President is the coach and he at any point in time will decide who goes where, and I think that he is wiser and there is no doubt that at NPA I was the head of the agency, but I reported to a deputy minister at the Energy Ministry responsible for petroleum before heading to the minister himself. So being considered as a deputy minister, I find that as an elevation, and I am very grateful to the President for that.”

Mr. Tampuli also charged his fellow nominees to emulate good standards set by their predecessors in assisting their ministers to help execute the vision of the President.

Also touching on his appointment to the Transport Ministry and not the Energy Ministry which has oversight responsibility of his previous agency (NPA), Mr. Tampuli said the President’s choice to assign him to another ministry was well-thought-out.

“… As I said before, I think that the President has a mechanism to evaluate all of us. So the Monitoring and Evaluation team does a lot of work on all of us, and they are able to inform him of our strengths and weaknesses.”

Mr. Tampuli made these comments on Citi TV‘s current affairs programme, The Point of View on Wednesday, April 21, 2021.

The Gushegu lawmaker is one of the 39 deputy ministers nominated by President Nana Addo Dankwa Akufo-Addo to serve in his second term.