My mother got me initiated at a Tigare shrine – Psalm Adjeteyfio 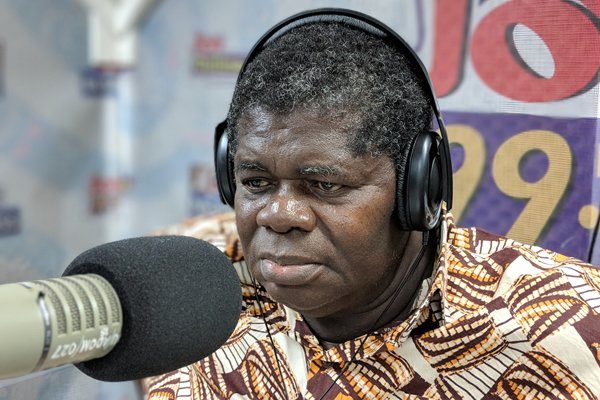 Veteran actor, Psalm Adjeteyfio who is popularly known as TT has accused his mother of being responsible for some of his woes.
According to the seasoned actor, his mother initiated him at a shrine during his infancy.

He made the revelation when interacting on the yet-to-be aired lifestyle show, Changes on Joy Prime TV.

He noted that his stepmother who apparently cared about his welfare had taken him to a spiritual lady where he found out that his mother’s actions could be a contributing factor to his misfortunes.

The actor gave an insight into the circumstances that led to him finding out deeply rooted secrets about his life.

“My stepmother did something good. She took me to a spiritual lady and after praying, that’s where all these revelations came up,” he told host Roselyn Feli.

According to him, the spiritual lady advised him to seek answers from his biological mom, an order which he obeyed.

He said his shocked mother who was startled exclaimed in the Ga language, saying something which translates into English as “did I forget to show gratitude?”

The expression led to his mother confessing to him “you were a baby when I got you initiated into the Tigare shrine.”

Tigare shrine is one of the most popular traditional shrines in Ghana.

The actor has recently been the news over the leakage of audio alleged to be that of him in which he is heard begging for leftovers, after receiving over GH₵90,000 from different sources.