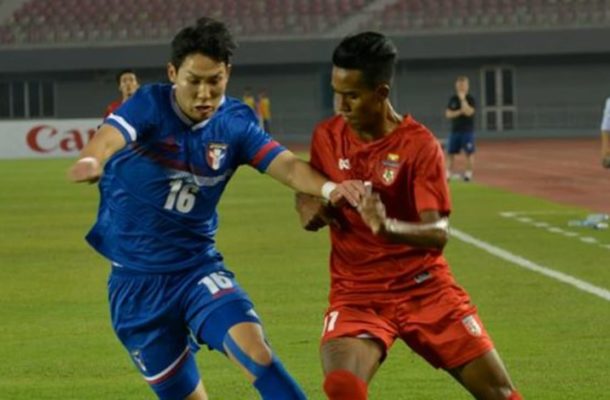 Mandalay: Myanmar and Chinese Taipei battled to a 0-0 draw in an international friendly match at the Mandalarthiri Stadium in Mandalay on Tuesday.


In a game of two halves, Chinese Taipei dominated the first 45 minutes but were thwarted by a stout Myanmar defence and goalkeeper Kyaw Zin Htet.

Myanmar took control of proceedings in the second half but despite several chances, couldn't find a way past the Chinese Taipei wall.


Up next for Myanmar will be regional rivals Indonesia who they meet at the Mandalarthiri Stadium on Tuesday as they continue their preparations for the 2022 FIFA World Cup Qualifiers later this year.