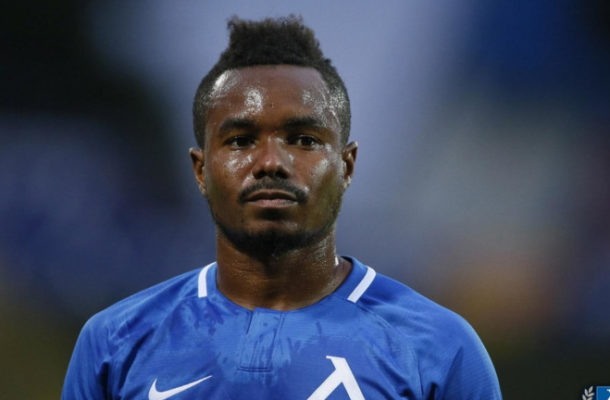 Ghanaian forward Nasiru Mohammed has terminated his contract with Bulgarian side Levski Sofia over the club reneging on its financial commitments.

The Bulgarian side have failed to pay the player his salary for several months while also owing him some amount of his signing on fees.

Nasiru joined the Bulgarian side from Swedish side BK Hacken in 2019 after an impressive form in Scandinavia.

The impasse with his club side began when the player refused to take a pay cut during the midst of the COVID-19 pandemic after lengthy negotiations with his agent Yusif Chibsah.

Events after that have led to the unilateral termination of his contract after the club failed to settle him his salaries and signing on fees.

The embattled player and his representatives are set to drag the club to world governing body FIFA for redress.

Nasiru is not the only one as the club are in dire financial constraints with monies owed several players who are all looking to walk out of the club and use the FIFA route for their unpaid entitlements.