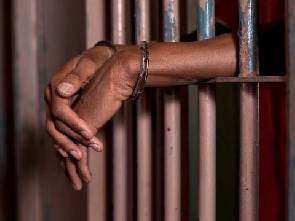 A 25-year-old self-styled native doctor has been arrested by Police in the Central Region for allegedly kidnapping and raping a pregnant teenager.

Chris Bonny was arrested upon a complaint by the family of the victim that she was missing.

Joy News' Richard Kojo Nyarko reported that the 16- year-old victim upon agreement with her boyfriend to terminate her pregnancy, consulted Chris Bonny.

According to the victim, the suspect said having sexual intercourse with her was the only way to successfully terminate the pregnancy.

She alleged the self-styled native doctor gave her concoctions and alcohol to weaken her, then he would have sex with her while she stayed at his house.

According to her, he had sex with her twenty-five times in the five days that she lived with him and her attempts to flee were unsuccessful.

She alleged the 'doctor' would always send her boyfriend and her girlfriend who checked up on her regularly on errands before having sex with her.

He said I risked being paralyzed or getting me and my entire family wiped off the surface of the earth if I ever mentioned to anybody that he had been sleeping with me.

He slept with me in the mornings, afternoons, evenings and at dawn when my boyfriend was lying beside me. He would tap me and beckon me away from where my boyfriend slept and have sex with me, the victim said in Twi.

The Awutu-Breku police apprehended the boyfriend of the victim and the self-styled native doctor after a complaint was lodged by the girl's family that she was missing.