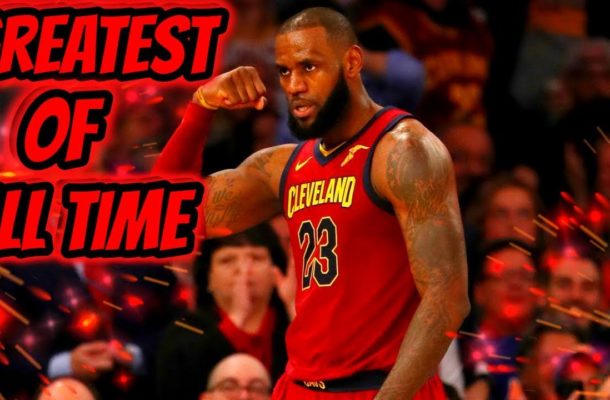 Last season, many players shone during the regular season and in the playoff games. A potential player that can carry a team with the help of a key and role player.

They make the game more exciting as they can make a difficult shot, passes, and defensive play in a crucial time. A team with a high capability player will have a bigger chance to make a final appearance in the east and western conference.

Here’s a list of players that can carry a team to the playoffs, the conference finals, the finals, and even to the championship.


The MVP last season, Lebron James is the most favorite player to carry a team to the playoff and NBA finals. Lebron James, a 35-year-old player, has no sign of slowing down in his performance even at that age. He is making big plays on offense as well on defense that can impact the whole game.

In fact, Lebron is a force to be reckoned with when it comes to basketball. This is the reason why many bettors favor him and his team. For more info on betting on basketball and other sports, you can go to bookmaker.eu to find out more.

Lebron James can play almost every position, which puts himself as one of the world's best players. With the help of Anthony Davis, they have the potential to win the championship again next season. Lebron James has made many achievements in his career, and he has given us no sign of stopping or slowing down.

After being traded to the Toronto Raptors, he also won an NBA championship there, beating the favorite team Golden State Warriors, preventing them from getting a 3peat championship, and giving the Raptors it’s first championship. Kawhi Leonard is currently with the Los Angeles Clippers and has the help of fellow superstar Paul George, as well as a supporting cast of Lou Williams, Montrezl Harrell, and Ivica Zubac.


The reigning MVP last season, Giannis Antetokounmpo, can lead his team to the playoffs and NBA Finals. Without a doubt, Giannis is considered to be the top 5 active best players in the league. He can do everything from handling the ball, playing offense, and use his athleticism on defense. He is still a 25-year-old player and he’s still nearing his prime.


The Golden State Warriors had the worst record last season. With the return of Stephen Curry in 100% condition, he can lead the Golden State Warriors to NBA Finals and get back their former glory. Stephen Curry is the best shooter in NBA history; not only that, he can dribble, penetrate the defense, and he can pass to his teammates that makes him a triple threat in offense.

Look for Steph to attain the same playing style level and possibly take a shot at league MVP. He can then lead the Golden State Warriors again back to a championship team with Klay Thompson, Draymond Green, and Andrew Wiggins. Aside from the long-range 3 point shots, the Goldenstate Warriors also have chemistry that’s essential for winning championships.


Even though he is still new to the league, Luka Doncic can lead the Dallas Mavericks with his nearly triple-double stat line every game. He might be the next face of the NBA as his performance at 21 years-old is already excellent. He is still young and improving; he can shoot long distances, pass, penetrate, and play defense.


Without question, Jimmy Butler can lead his team again next season into playoffs and even into the NBA finals. He is not a selfish player, leads the young player, and takes the game if needed. He is one of the best defensive players in the NBA.


If Kevin Durant stays healthy and his injury won't affect his playing style, then he can lead the Brooklyn Nets to the Finals. He helped the Golden State Warriors get two championships, and he was the Finals MVP in those two championships. Kevin Durant is a 7-foot player who can handle a ball and shoot 3 point shots without a problem.


The players mentioned above are those who can lead their team next season. With their talent, they are already a threat to other teams, and with the help of their co-superstar and role players, you can expect their team to put up a good fight.