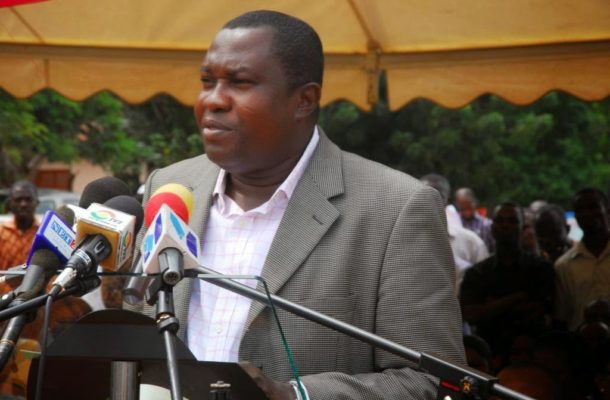 The Director of Elections of the National Democratic Congres, Samuel Ofosu Ampofo, has called on electorates in the forthcoming polls to shun the New Patriotic Party because its flagbearer will end up instilling acrimony in the country.

Speaking at the NDC’s campaign launch at Cape Coast Sunday, the former national organiser of the party said Nana Akufo-Addo lacks the finesse to steer the affairs of the country, stating that President John Mahama is the only choice among the two.

According to him, Mr. Mahama since assuming the leadership of the country has demonstrated great leadership skills, making Ghana “an oasis of peace.”

He warned that it will be an unpardonable mistake for electorates to vote Nana Addo as President of the country.He told the teeming NDC members amidst loud cheers that “...Do not make the mistake of voting Nana Addo because it will be another four years of 'had I known' which will always be at last.”

He urged the crowd to go out there and fight for every single vote and ensure that the transformational and changing lives agenda of President Mahama becomes a reality.

Meanwhile, Communications minister Dr. Edward Omane Boamah has said the President will win the elections because he is humble.

“Ghanaians will vote for John Mahama because he is humble and it is that kind of leadership Ghana needs. Ghanaians want people who love peace and the President has shown over the years that he is peace loving and brings everyone on board,” he told Nana Aba Anamoah at the Cape Coast Stadium, where the party is launching its campaign.