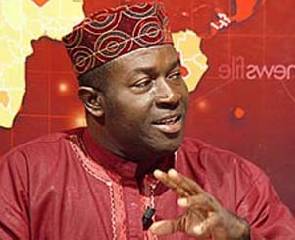 The opposition New Patriotic Party has accused flagbearer of the governing National Democratic Congress (NDC) President John Mahama of only repeating promises the party made in its 2008 manifesto.

Addressing a press conference in Accra on Wednesday, the Communications Director of the party, Nana Akomea, also accused the NDC of “stealing” ideas from the NPP’s manifesto.

He said the NDC “steal our policies and cannot implement them. They even stole the title of our manifesto. So they have no deep attachment to the principles necessary to drive the promises they give. To them politics is all about ways and means. Nothing to do with actually making lives better.”

President Mahama on Tuesday presented highlights of the NDC’s 2016 manifesto prior to the official launch on Saturday.

According to Nana Akomea, President Mahama, in putting together his manifesto stole ideas from the NPP or simply repeated promises made in NDC’s 2008 and 2012 manifestos.

Below are some of the policies Akomea claimed the NDC copied from them:

President Mahama also promises to elect DCEs. This is after the NDC in 2011 issued a white paper against the recommendation of the Constitution Review Commission to have DCEs/MCEs elected if re-elected this December.

NPP promises to create new geographical development authorities to oversee the deliberate development of every inhabited corner of the country.

In March 2016, Akufo-Addo announced to the Chiefs and people of Suma Ahenkro, in Jaman North, Brong-Ahafo Region, that as part of his plans to transform cashew farming into a major cash crop and export earner for Ghana, he will establish a Cashew Marketing Board to regulate the industry and provide ready-market just as it is done for cocoa.

Last night, President Mahama stole from Akufo-Addo yet again, saying, “We will establish a cashew board with its headquarters in the Brong Ahafo Region.”

NPP was implementing One Child One Lap Top by 2008, a policy spearheaded by the late Kwadwo Baah-Wiredu, President Kufuor’s Finance Minister.

President Mahama is today promising to also give away one tablet one child after the NDC killed that scheme in 2009, only to make it seem like a new idea and a new promise today.

The NDC elected to abandon it in 2009, only for President Mahama to re-introduce it now as a new idea he wishes to implement if re-elected.

NPP promises to implement in 2017 the National ID cards which President Mahama has totally abandoned since he took office.

President Mahama, after listening to Dr Alhaji Mahamudu Bawumia last Thursday, now promises to do the same if re-elected.

If re-elected, the President has repeated his 2008 promise given at the KNUST Energy Forum that an NDC government will provide “energy security” in Ghana before 2012.

Yesterday he repeated, “we will have off-takers for excess electricity” produced here in Ghana. He again made this promise in 2012 that Ghana would be exporting power if elected, only to hit Ghana with the longest power crisis on record.

After watching many potential investors in our petroleum industry leave the country, President Mahama says he wants Ghana to become “the petroleum hub of West Africa.

In its 2012 Manifesto, the NPP promised to make the Western Region “the hub of the oil & gas industry” in West Africa. Earlier, on several platforms, including a speech delivered in Houston, Texas, in February 2012, Nana Akufo-Addo said, the NPP was, looking at how Houston had successfully managed their petroleum industry through “the diversification and industrialization of a state that used to be dependent on cotton. It is this model of the integrated petrochemical industry that we seek to build in Ghana, servicing the entire oil-rich West African.”

President Mahama says it is his intention that “Ghana will have the best road network in West Africa by 2021”.

Now, we all know what the President means when he describes a road as best, don’t we? Just last June he described the Dodo-Pepesu-Nkwanta Road he was commissioning in these terms: “… if you take a look at the quality of the road, you can only admire the good work done.

I don’t think that there is any other road in Ghana that is more pleasant to the eye than this one… I also want to take the opportunity to thank Messrs Oumaru Kanazoe Construction Limited of Burkina Faso for the very high quality of work they have dine on this stretch of road. As I have said, this is one of the best quality roads in Ghana today, and I will urge the Minister of Roads & Highways to bring other contractors to come and see so that they can emulate it in other parts of the country.”

In the same month, just two weeks after the road was commissioned, the Nkwanta South DCE, Alfred Kofi Wukanye, took the media on a tour to see for themselves the potholes that had developed on the 26 million Euro road done by the man who confessed to bribing the President with an American car.

In the words of one commentator, I K Gyasi, the President “poured fulsome and unstinted praise on the contractors, Messrs Umarou Kanazoe Constructuon Limited of Burkina Faso, and his bosom friend, Mr Jibril Kanazoe, the owner of the company, the same person who, out of eternal gratitude for [winning contracts in Ghana], returned favours by buying a 2010 Ford Expedition vehicle for President Mahama”

The GHS3.5 million money that was fraudulently used for that corrupt bus-branding deal, was cash meant for the railway sector.

He says he will “expand the investment under SADA to construct more irrigation facilities.”

Recalling how some $200 million of SADA money flew away illegally to irrigate corrupt private pockets, what the President actually means to say is that he will give away more money through corruption in the false name of the people in the North.

If he has failed to prosecute one single person for the hundreds of millions of dollars stolen from the people of the North through SADA then why would throwing more money at it deter any corrupt person from doing the same thing?

The President says the IMF programme he forced Ghana through “will be the last.” We must remind him that NPP successfully weaned Ghana off the IMF in 2007 and He says he is laying the same foundation he told Ghanaians he had laid in 2012. What stops him from promising another foundation in 2020 just to be consistent?