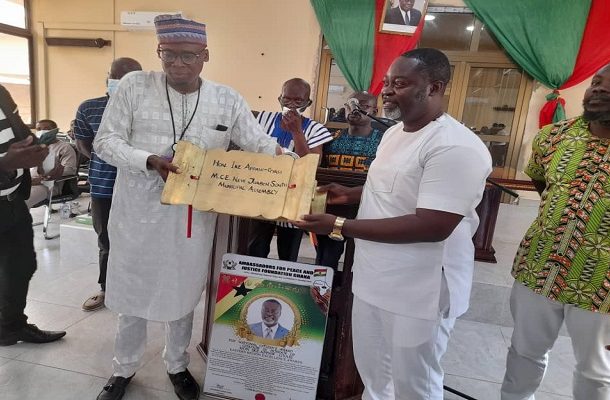 Ambassadors for Peace and Justice Foundation has honoured the Municipal Chief Executive (MCE) for the New Juaben South, Isaac Appaw Gyasi with a National Excellence Award.

In recognition, the Chief Executive Officer (CEO) of the award scheme - Mohammed Bashir Tijani, has presented a citation to Mr. Appaw Gyasi for being the 2nd best performing and outstanding MCE in the Eastern Region for 2019/2020. 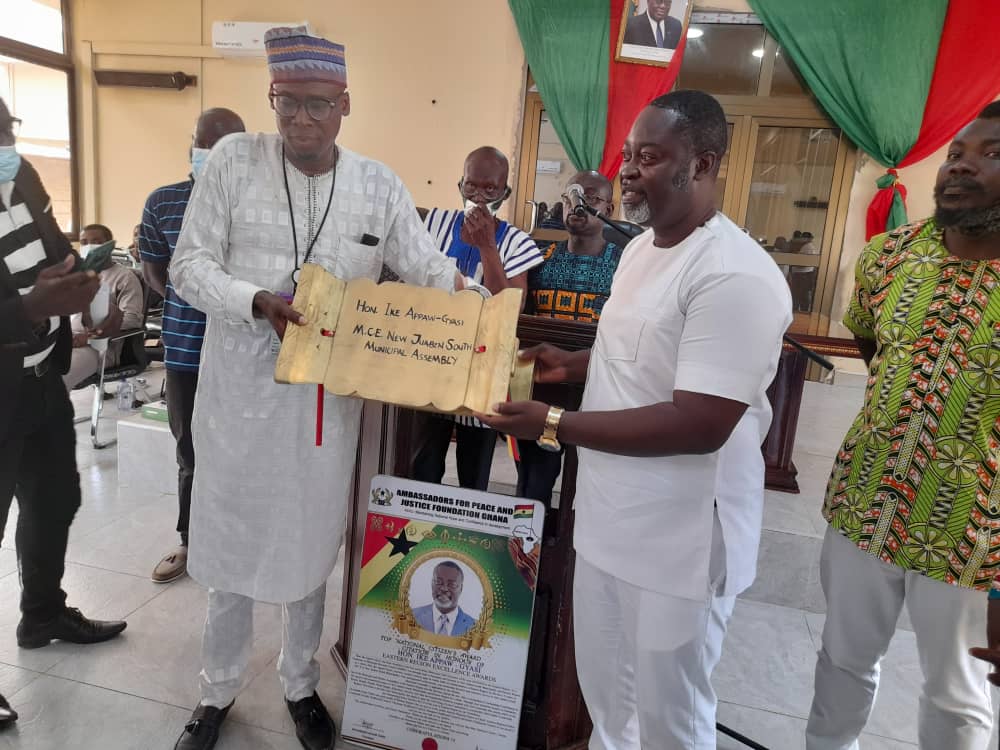 In the citation, Mohammed Bashir Tijani noted Hon Appaw Gyasi possesses all the qualities of a good MCE and has since his appointment developed the New Juaben South Municipality as well as improved upon the well-being of the residents.

In his acceptance speech, the MCE said he thankful to the Foundation for the recognition. He also thanked the Assembly Members, chiefs, and Staff of the New Juaben South Municipal Assembly for their unwavering support.

He acknowledged that he could not have worked on many projects in the Municipality without the support of Koforidua residents. 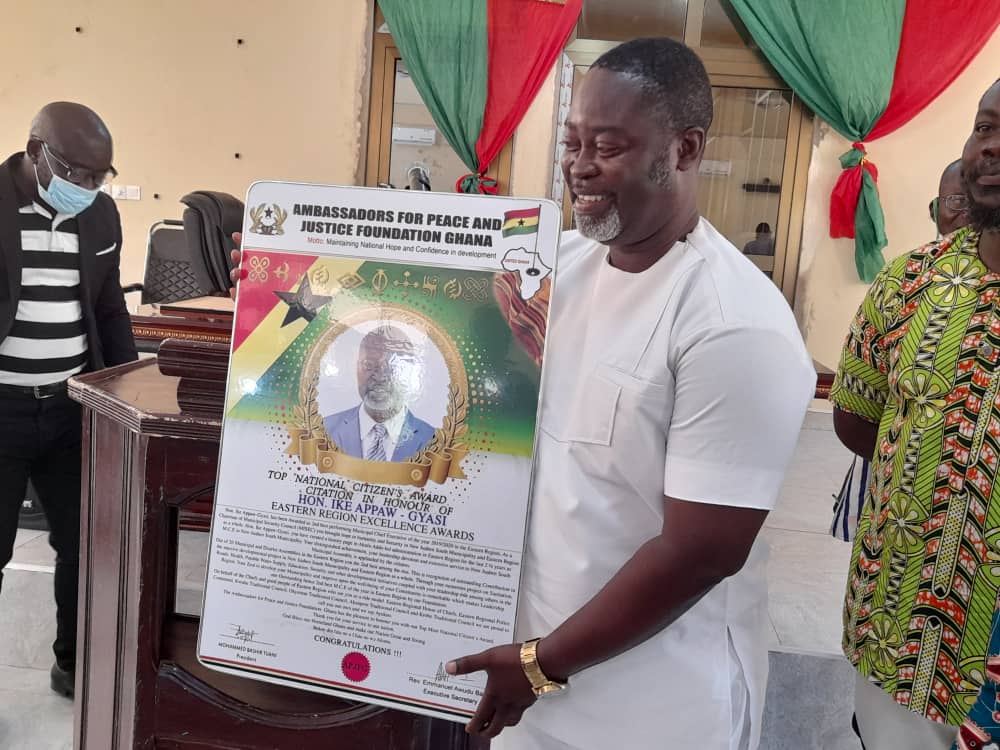 Talking about his achievements, he said his tenure has seen a lot of developmental projects including providing farming inputs such as high-quality seeds, fertilizers, insecticides, pesticides etc. to support the activities of farmers in the electoral areas within the Municipality.

He disclosed that under his watch, the Assembly is currently undertaking some "legacy projects" such as the construction of a 3-storey multi-purpose administration block for the Assembly, funded by the District Assembly Common Fund (DACF).

He also revealed that construction of drainages is ongoing to help cub flooding in the Municipality. 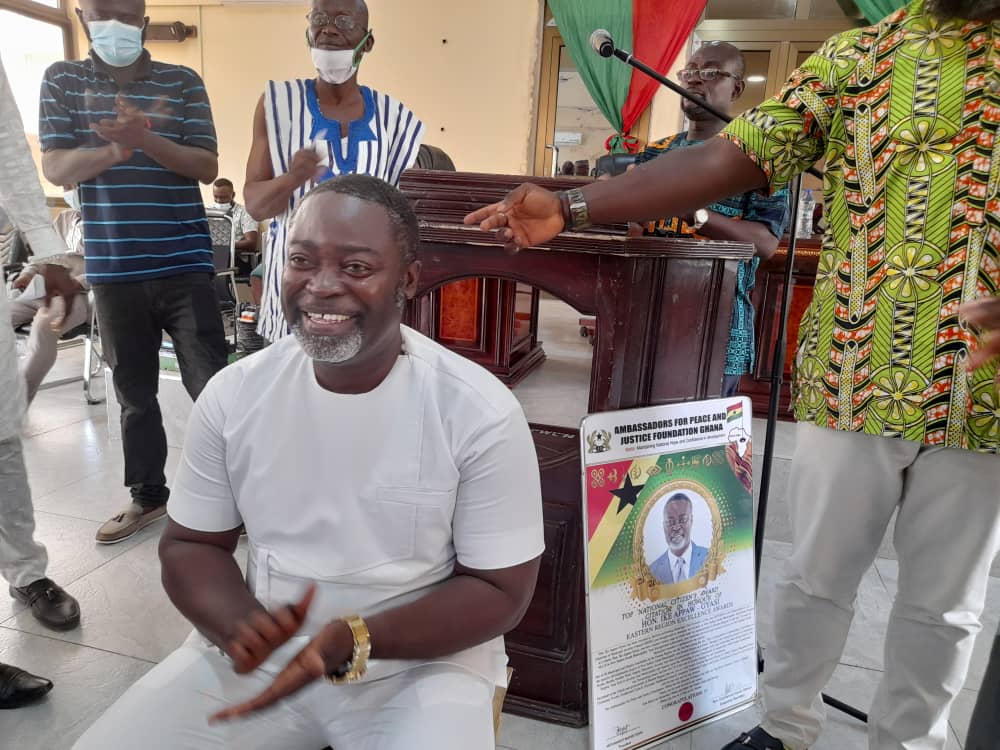 Meanwhile, residents in the Municipality have since appealed to President Akufo-Addo to reappoint Isaac Appaw Gyasi as their MCE to complete all projects started under his watch.