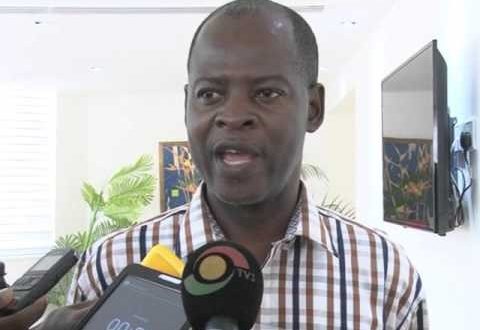 The Ghana Extractive Industry Transparency Initiative, GHEITI, has lauded the passage of the Petroleum Exploration and Production Bill 2016, saying it will address critical concerns in Ghana’s oil and gas sector.

The civil society believes issues such as disputes arising from the unregulated sale of shares in oil blocks as well as environmental pollution from oil spillage have all been duly addressed in the new law.

“The good news is that the new law has taken a cue from the two issues and has made explicit provisions including the right of first refusal to Ghana if any of the companies in the upstream sector wants to trade its stake in the oil sector in Ghana.”

“Again the issue about sale has been addressed by the E&P bill placing responsibility or liability for pollution on whoever spills on the principle of polluter pays and so whoever spills becomes liable for the clean -up and whatever damage that have been done to the environment,”

The Exploration and Production Bill repeals the PNDC Law 84 which has been cited as lacking provisions in line with modern practices.

The Bill was finally passed by Parliament on Thursday, August 4, 2016; after nine years of commercial exploration of oil resources in Ghana.

The Co-Chair of the Ghana Extractive Industries Transparency Initiative, Dr. Steve Manteaw also said the new law is progressive for the oil and gas industry.

“There are a lot of progressive provisions in the new law and even though it has come a bit late we welcome it,” he added.

Meanwhile the Ministry of Petroleum is expectant that the country’s petroleum industry will be a significant source of revenue for government with the passage of the Petroleum Exploration and Production Bill.

This is because the new Bill will consolidate all sources of revenue relating to the exploration and production of petroleum resources.

A statement from the Ministry also indicated of increased capital inflows due to increased investments by international oil companies.

According to the Petroleum Ministry, key issues addressed by the Exploration and Production Bill include; Management and Exploitation of Petroleum Resources; Conducive Environment for Investment, Minimum Work Obligation during the exploration period as well as the Employment and Training of Ghanaians.

The Ministry also contends that the Bill will expect contractors to develop and produce petroleum in accordance with international best practices to avoid waste and ensure the long term recovery of Ghana’s petroleum resources.

Meanwhile, open, transparent and competitive public tender processes have been introduced to precede the entering into, of a petroleum agreement.

This process which already exists under PNDC Law 84, has been further expanded to include the requirement for the sector Minister to publish an invitation to tender or an invitation for direct negotiations in the Gazette and at least two state owned national newspapers or any other medium of public communication.

In addition, the Bill imposes an obligation on persons carrying out petroleum activities to ensure that Ghanaian citizens, with the requisite qualifications in categories and functions as prescribed, are employed.