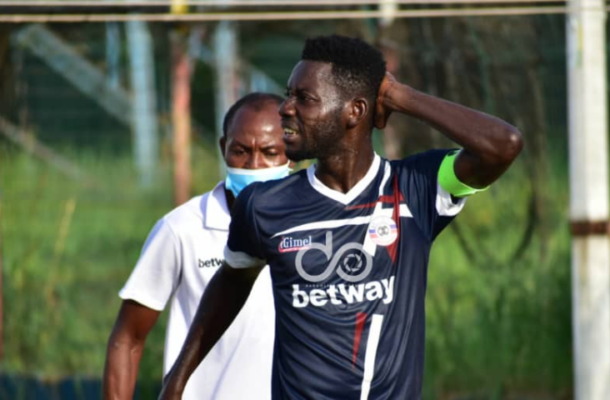 It looked as if Liberty Professionals were destined for the drop during the first round with their poor form in the Ghana Premier League but that has changed in the second round.

The team bolstered their ranks with new players and also changed the technical team with a new head coach replacing their previous coach.

It seem to have worked magic as the team are now clear of relegation and club captain George William Ansong has credited the new arrivals for their upturn in fortune.

“Hard work and determination has given Liberty the new energy in the second round."

“It’s been a change of players and change of technical team. So I think with the chemistry and also with them [coaches] imparting in you new energy and bringing in new stuff has really helped."

“We were under pressure because we were losing and the position we were wasn’t really good. But they [coaches]coming in really made us understand football is not played under pressure."

“They are really guiding us and protecting us and also leading us. For me I will say it’s grace and also hardwork and determination.” George Ansong told Adamu Muftawu.


He says the new technical team has taught them a lot while the new arrivals have also gone on to save them from relegation.

Liberty Professionals are yet to lose a game since the start of the second round having won three matches in a row and getting a draw.

Silas Tetteh and Andy Sinason have replaced David Ocloo as the new coaches of the club and supervised their upturn in form.

Liberty Professionals after 21 games, have now departed the relegation zone occupying 14th on the league log with 24 points.

They will face Great Olympics in their match day 22 encounter at the Accra Sports Stadium on Sunday.