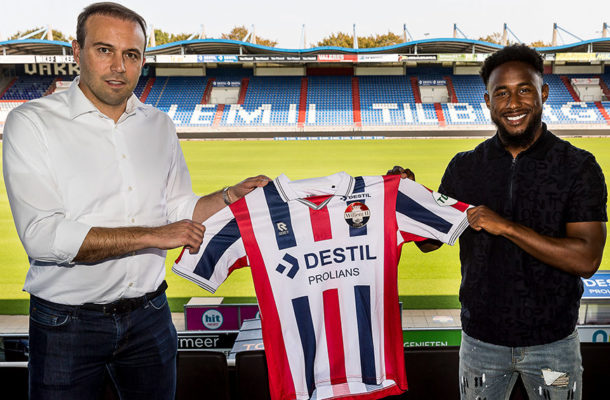 New signing of Eredivise side Willem II, John Yeboah has been named in his side's 21-man squad for their Europa League Qualifier against Luxembourg side Progrés Niederkorn slated for Wednesday.

The Dutch team left for Luxembourg on Tuesday morning for the UEFA Europa League qualifying match against Progrès Niederkorn.

Manager Adrie Koster selected 21 players for the trip including Ghana’s Daniel Kôhn and newly signed forward Yeboah together with his technical staff.

The 20-year-old attacker signed a three-year contract with Willem II on Monday  and only joined his team mates for the first time for the trip to Luxembourg ahead of a likely debut on Wednesday night.

Another Ghanaian international and former FC Bayern Munich player Kwasi Okyere Wriedt is missing from the squad due to injury set back.

Below is a list of the Willem II traveling team: