Next weightlifting chief must be selfless, dynamic leader — Outgoing president 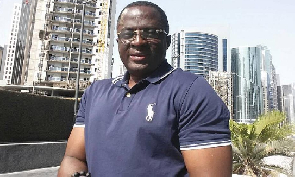 Outgoing president of the Ghana Weightlifting Federation (GWF), Ben Nunoo Mensah, has confirmed that he will not seek re-election but wants the next leader of the federation to exhibit great leadership to improve upon the prospect of the sports in the country.

A planned congress on September 20 to elect new officers to steer the affairs for the GWF has been postponed indefinitely.

However, Mr Nunoo Mensah, who is also the president of the Ghana Olympic Committee (GOC), says he wants to devote more time for the Olympic movement after he succeeded in uplifting the image of wrestling since becoming the head of the federation in 2012.

The weightlifting chief told the Daily Graphic that his successor must be selfless and dynamic to lift the sport to higher heights.

“He or she should be a selfless leader. We need someone who wants to do things for others. You don’t go into sports and think you are going to get something from it,” said Mr Nunoo Mensah, who has been in charge of the federation over the last six years.

“The person [next GWF president] must use some of his or her personal money to help these young boys and girls because the job is sacrificial. That is why the policy of the International Olympic Committee states that Olympism is voluntary.”

Since assuming office, Mr Nunoo Mensah has led weightlifting to achieve remarkable feats, with the national team, Black Cranes, winning 19 medals at the African Championship in Morocco in 2013, among many other achievements.
Under his leadership, the federation built its own gym and training centre at the Accra Stadium at a cost of $120,000.