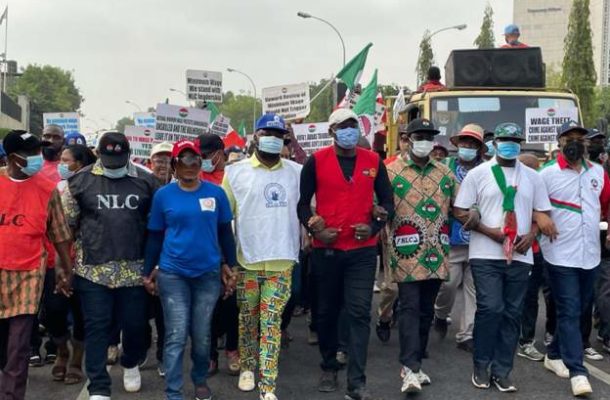 Unions in Nigeria have started nationwide protests over a proposed change in the minimum wage. 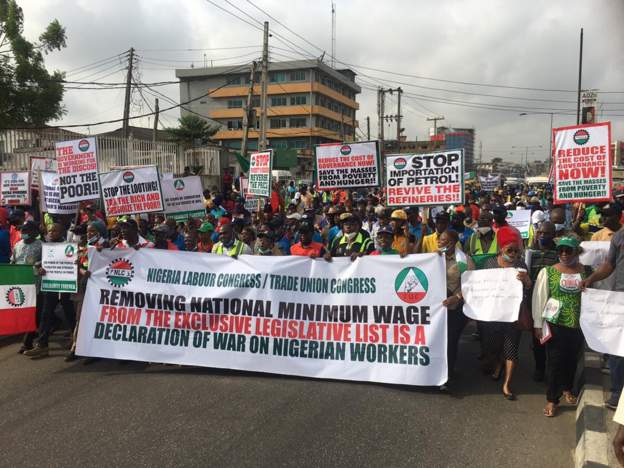 But some state governments say they can’t afford to pay this and want to introduce a separate, lower minimum wage.

In the capital, Abuja, union leaders and their members have marched to the parliament building in protest at this move.