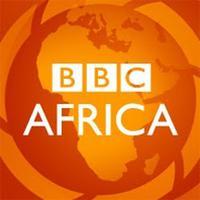 BBC Africa has taken off the video of the Nigerian coach Salisu Yusuf by controversial undercover journalist Anas Aremeyaw Anas after receiving a huge a lambast from their followers.
"An earlier version of this video contained a typo which has now been corrected" The BBC Africa wrote.

The BBC are very smart. Realizing the backlash, they've taken off the video with the reaction all gone. 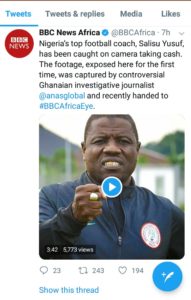 Now they have posted a new one and the comments are still flooding in multiple folds lambasting.

YOU CAN'T FOOL THE PEOPLE ALL THE TIME. 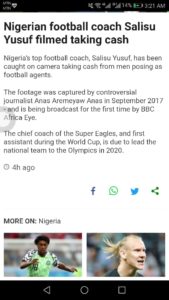