No bed syndrome: I prefer to be treated floor than go home and die – Bentil 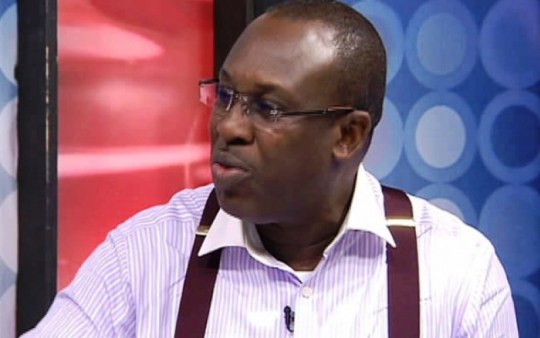 The Vice Present of policy think tank, IMANI Africa has questioned how medical practitioners will turn away a patient simply because there is no bed.

Kofi Bentil says the medical staff of the seven hospitals who allegedly turned away a 70-year-old man in an emergency situation with the excuse that there was no available bed to admit him, could be faulted rather than just laying the blame with the system.

“Is it not in the same system that a severed hand was sewn back? The first hospital didn’t have the resource and they transferred the patient to a different one where it was done,” he argued.

The medical staff have come out to argue that in situations where there is no space available, it is mostly demeaning to admit people and treat them on the floor but questioning this, Mr Bentil said floor treatment is surely better than death.

“I prefer to be treated on the floor than to go home and die,” he said in lamentation of the 70-year-old man who died after being rejected by seven hospitals.

Mr Bentil also argued that the problem can be zeroed down to the attitude of the workers in the public sector and the level of supervision they have.

“…because the same people will change their attitude when they go to the private sector,” he told Samson Lardy Anyenini on Joy FM’s Newsfile Saturday.

He added that the government should crack the whip on the local management and some development will come.

The General Secretary of the Ghana Medical Association (GMA), Dr. Jastice Yankson who also spoke via phone on the show, disagreed with the problem being laid on the doorsteps of the practitioners.

“We should not single out health workers,” he said.

Lamenting the poor ambulance system and other poor infrastructure, Dr Yankson said the government must release more money to the health sector.

How can we have about 50 ambulances serving the entire nation,” he questioned.

He added that inter-hospital communication is also bad and most of the time any communication done at that level is on the pockets of the doctors instead of the state.

“Unfortunately health workers are being blamed,” he lamented.

Mr Bentil however, shot down his monetary concern, arguing that the health sector takes the second biggest tear from the national coffers.

“The money is there,” he said.