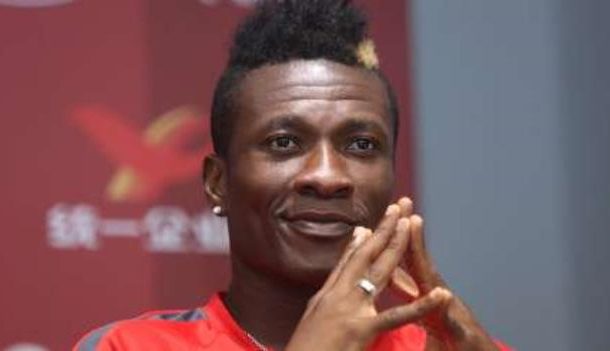 Reports in the media had suggested that the Al Ahly attacker had taken complete ownership of his former club as the club is financial strapped.

But the Communications Director of of the Dansoman-based club, Godfred Akoto Boafo, has rebuffed those claims insisting those reports are false and must be discarded.

"Asamoah Gyan has never offered to take over Liberty Professionals, those reports are not true," Boafo told Pulse.com.gh.

"This is off record. Nothing of that sort is in the picture."

Gyan, who started his career with the Scientific soccer lads is worried about the current unimpressive state as the club have been suffocating under financial stress since demise of founder and bank roller Alhaji Sly Tetteh.

Gyan came to the rescue of Liberty at the tail end of just ended season to save them from suffering relegation.

He paid the winning bonus and salaries of players ahead of final match which they won to salvage topflight status.