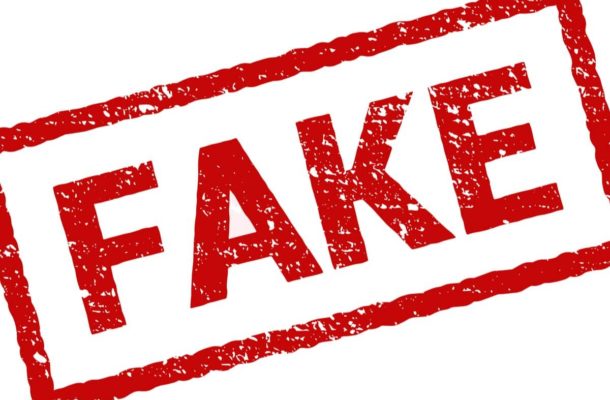 According to a report filed by Kumasi-based Fox FM, the deceased was stabbed in Mzuluku near Kwazulu Natal in South Africa on Sunday after Ghana's 1-0 victory against South Africa in the 2022 World Cup qualifier.

The report claimed the incident occurred following a heated argument that ensued between the deceased and some indigenes about the contentious penalty awarded Ghana in the 31st minute by Senegalese referee Ndiaye Mangueta after a foul on Daniel Amartey.

A Ghanaian resident in South Africa by name Owuraku narrated the incident to Fox FM and pleaded with Ghanaian authorities to come to their aid as Ghanaians are now a target for South Africans following the match.

The Ghana High Commission in a release says they have gotten in touch with the said Owuraku who has confessed that nothing of that sort has happened as claimed.

They have however warned all Ghanaians resident in South Africa to be careful and not engage in any argument about the football match.

Below is the statement from the Ghana High Commission in South Africa. 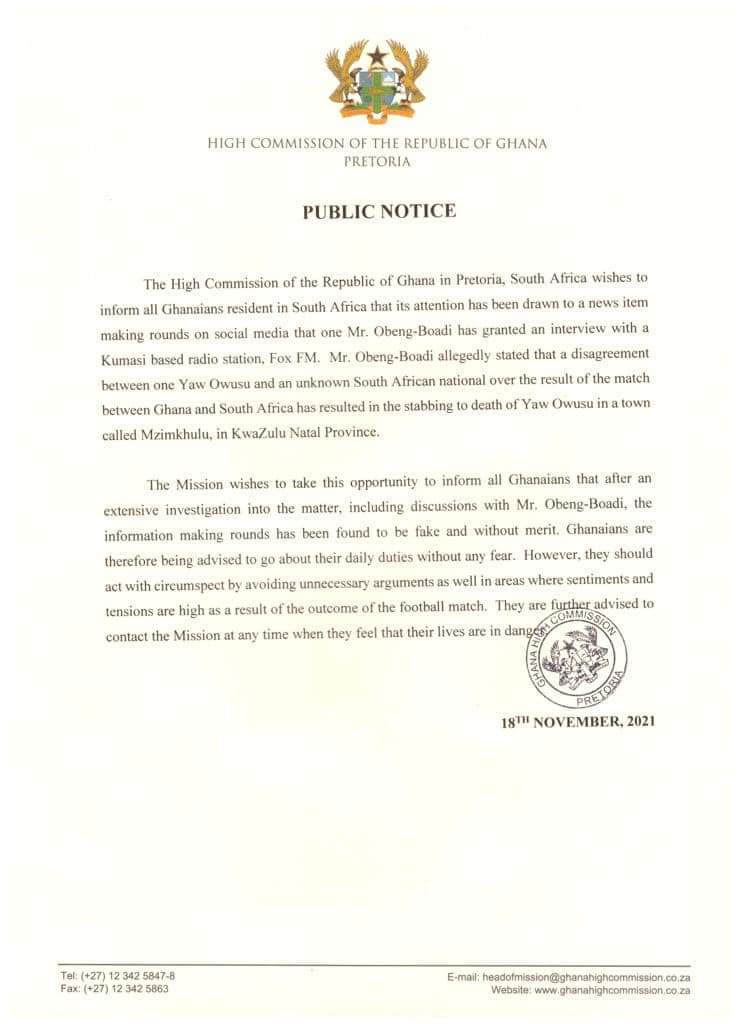