There is juju in the movie industryy, I was made a drunkard – Kumawood actress reveals 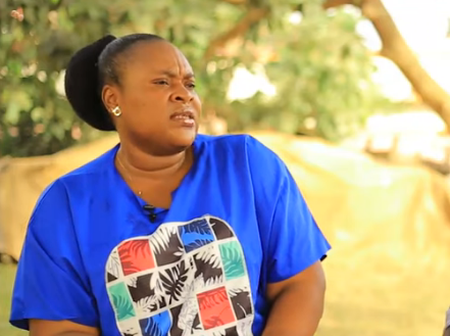 For many a time, people in the Ghanaian movie industry have publicly admitted that the competition within the industry transcends beyond what they do on set.

Some people go as far as using spiritual means to have their way in the industry and thus end up battling those they deem as competition spiritually as they seek to destroy them.

A victim of such spiritual attacks, Awo Yaa who is an actress from the Kumawood block of the industry has disclosed how she was worked spiritually and at a point became a drunkard.

Speaking to Oman Channel, Awo Yaa disclosed that she used to drink alcohol just for the fun of it and it was through that, people who were seeking to destroy her came for her.

“It was normal that we will go out sometimes and drink a little bit but it got to a time a was drinking a lot. As early as 5:30 in the morning I would feel like drinking and I was thinking I was being funky and having fun. But the people around me started seeing it was not normal. I remember you once told me it is not normal for a woman to be drinking the way I was drinking,” she told Theophilus Annan, the host of the show who has also been in the acting industry.

She further disclosed how her drinking habit affected her life and work saying that “I am someone who is very hyper so when the alcohol became a part of me, I was left with a temper. I was so temperamental and people knew that I was not tolerant of cheating so even if an issue was not about me, I will end up fighting. It started affecting my work with people saying as for Awo Yaa if you bring her to your set, she will drink and mess things up.”

According to her, she was advised by people around her to seek help and it was through her quest to find a solution to her drinking problem that she found out that it was brought on her by people in the movie industry.

Watch her interview before: