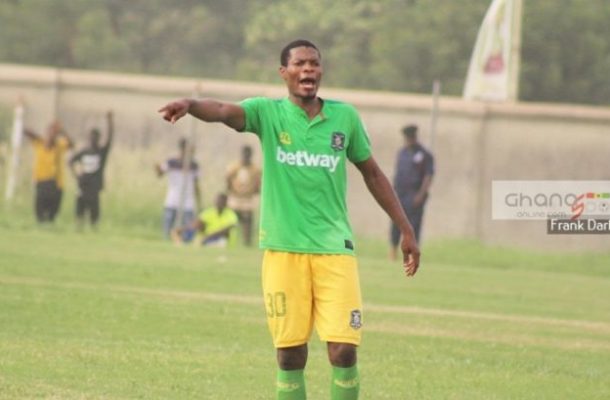 He spent five seasons at the Bono based club where he was integral in their second Ghana Premier League title triumph in 2017.

Noah Martey was one of the most sought after attacking midfielders after his impressive form for Bechem United in the 2014/2015 season after scoring 10 goals from midfield.

The Dormaa based club quickly beat off stiff competition from a host of other clubs to snatch him at the beginning of the 2015/2016 Ghana Premier League season.

"I want to take this  medium to thank you for the opportunity given to me to be part of the playing body of aduana football club," Martey wrote to the club.

"I appreciate every time l spent in the club as part of the team. I thank the entire leadership of the team from the staff to the players.

"Not forgething the wonderful fan base of the club for their love and support for me when I was with the club.Thank you once again and l wish the team all the best."

Until his departure, Martey had become a bit part player at the club after injury woes.