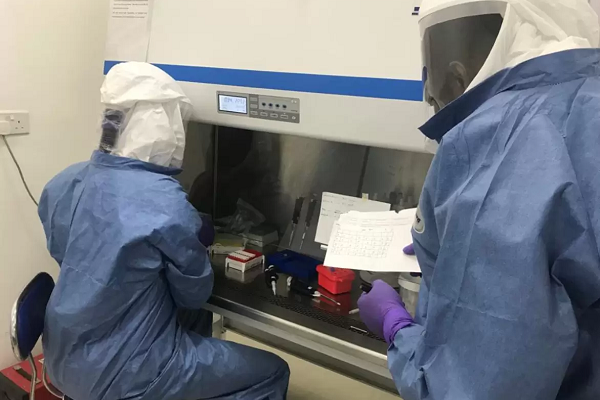 The first private facility for the testing of COVID-19 in the five regions in the north has been inaugurated at Fuo, near Tamale, the capital of the Northern Region.

The testing centre, an initiative of the privately-owned Fuo Community Hospital, is to augment government's effort in the testing and treatment of the virus in those areas of the country.

The testing machine — known as PCR — takes 45 minutes to complete a test, and can run one test at a time.

The Chief Executive Officer (CEO) of the Fuo Community Hospital, Alhaji Iddi Sumaila, told the media after last Thursday’s inauguration ceremony that the centre was established in collaboration with mPharma Ghana, a private entity that supplies health logistics.

He said the testing centre was conceived on humanitarian grounds much as it made business sense, explaining that it was intended to bring such service closer to people in the northern areas to stem any chances of the disease taking a devastating hold in those areas.

"We thought that it is important for private institutions to support government in the fight against the covid-19 virus, so we decided to invest in that in the form of a collaboration between the hospital and mPharma," he explained.

Alhaji Sumaila indicated that consultations and negotiations were ongoing between the partners to ensure that the cost involved in testing at the centre was moderate enough to enable vulnerable and underprivileged people to benefit from the facility.

The Laboratory Services Manager of mPharma, Mr Erasmus Nii Kwei Kwetey, said mPharma, as a private sector player, felt it had the responsibility to help the government in the fight against the covid-19 virus.

"COVID-19 hit us hard, and businesses and individuals suffered as a result. So we introduced the PCR facilities to enable a lot more people to afford the test. This is to help increase the national capacity for running the covid-19 test," Mr Kwetey said.

The Northern Regional Health Director, Dr Braimah Baba Abubakari, stated that the situation of the virus in the Northern Region was minimal, adding that there were only three active cases in the region.

Dr Abubakari, however, indicated that since the virus was still in existence in the country, the newly established covid-19 testing centre was going to be of help to the region in terms of testing for the virus.

He said the testing centre at the Tamale Teaching Hospital was heavily burdened beceause it was the only such centre in the area, stressing that it made testing period longer because it served all the five regions in the north.