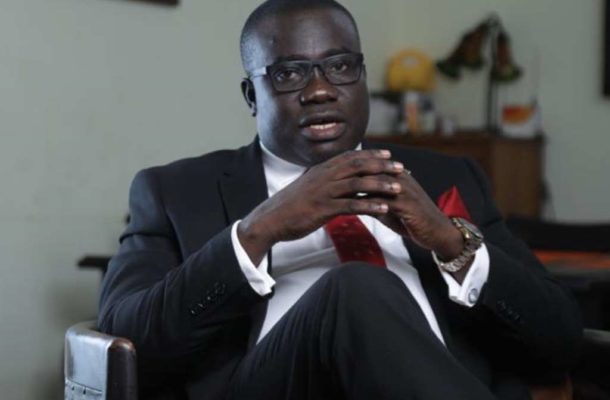 The Member of Parliament for Dormaa East, Paul Apreku Twum-Barimah, has filed an urgent question in Parliament seeking to know the cost of charter flights used by the President John Dramani between 2013 and 2016.

The question is directed at the Minister for National Security.

It appears this is a response to a similar question filed earlier by NDC Member of Parliament for North Tongu, Samuel Okudzeto Ablakwa in respect of President Akufo-Addo’s recent foreign trips on a private jet.

Mr. Ablakwa had wanted the Finance Minister to answer that question, but after a long delay, the Minister told Parliament that the National Security Minister was better place to answer the question.

According to the Finance Minister, Mr. Ken Ofori-Atta, the President’s domestic and international travels are issues of the National Security Ministry and not the Ministry of Finance.

He also indicated that he did not make any specific releases to the Chief of Staff for the President’s trips to France, Belgium, and South Africa.

“Mr. Speaker, the President’s domestic and international travels are matters of National Security. The National Security Minister is best placed to furnish this Honourable House with the details needed.”

“In line with the 2021 judgment implementation instructions, the Ministry of Finance did not release any funds to the Chief of Staff, especially for His Excellency, the President’s trip to France, Belgium, and South Africa,” the Finance Minister.

Mr. Twum-Barimah in an earlier interview said his question on former President Mahama’s travels, was necessary to establish over the period how much it has cost the country in terms of its presidents’ use of charter flights.

He says this will help the country take a decision on whether there is the need to buy a new presidential jet or to allow presidents to continue using private jets.

“I’ve filed the question to understand how much it cost this country between 2013 and 2016 when our president was on a series of travels moving on charter flights… I believe that it is important that we look at the situation and do a proper comparative analysis. If we are able to know the cost over the period up to this time, we will understand what position we should take, whether or not we should buy a new aircraft,” he said.

“My aim is that as a country we need to make a decision, but we can only make the decision if we have proper data,” he added.