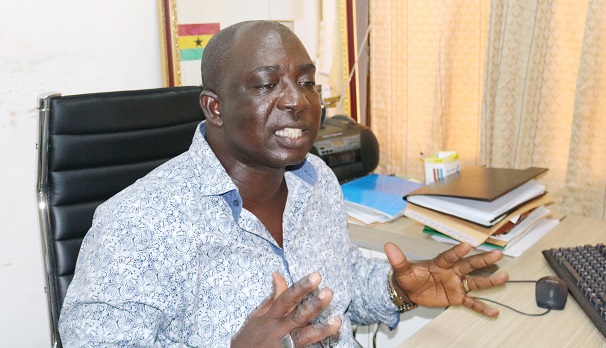 The ruling National Democratic Congress (NDC) and the New Patriotic Party (NPP) have  stepped up their activities to win majority votes in the Eastern Region.

Whilst the NDC is driving hard its “Agenda 50/50”, which is to share the votes equally in the region,  the NPP has described that move as a joke.

That not withstanding, the NDC has said that it is on course to split votes in the region equally with the NPP in this year’s election.

According to the NDC, it had targeted to win at least 15 Parliamentary seats in the stronghold of the NPP.

Although the NPP currently has 26 seats out of the 33, the NDC has claimed it was unshaken in their resolve to split the region into two.

In an interview with the Daily Graphic, the Eastern Regional Chairman of the NDC, Mr Bismark Tawiah-Boateng, said the party’s agenda dubbed “Agenda 50/50” was achievable based on the developmental works brought into the region by President John Dramani Mahama.

He said through the President’s interventions, the region had achieved 80 per cent of water coverage.

According to Mr Tawiah-Boateng, the region had also benefited from the community senior high school (SHS) interventions by the President, as well as various road projects.

“The community SHS being built in the Lower Manya area, Nkawkaw, Abirem, Takorase, the Upper West Akyem area and Maame Krobo in the Afram Plains were all at various stages of completion,” he said. “As for the roads, the cocoa growing areas are all benefiting. For instance, the Abekwase road which was abandoned since 1972 has been given to a contractor and he has begun work on it,” he added.

“President Mahama’s achievements in the region are impressive so it won’t be difficult for us to achieve our “Agenda 50/50,” he said.

Mr Tawiah-Boateng indicated that the party would soon launch its regional campaign activities, as well as at the constituencies.

When he was asked to rate the presidential aspirants, he said the Progressive People’s Party’s (PPP), Dr Papa Kwesi Nduom was a stronger candidate in his view than the NPP’s Nana Addo Dankwa Akufo-Addo.

To him, after President Mahama, which is his ultimate choice as number one, Dr Nduom would come second in the race.

…But NPP calls it a joke

Responding to the NDC’s projection in a separate interview, the NPP said it would be easier for a camel to pass through the eye of a needle than for the NDC to achieve its “Agenda 50/50” in the region.

According to the party, the region had seen no significant benefits under President John Mahama’s administration.

“Throughout their eight years, the region has not seen any benefits. They can make some projections but that doesn’t mean they can achieve that target,” the party’s Eastern Regional Vice-Chairman, Alhaji Umar Bodinga, told the Daily Graphic.

Giving a breakdown of the political history of the party in the region, Mr Bodinga said apart from 1996 when the NDC won more seats than the NPP, the party [NPP] had consistently won more seats in subsequent elections and intended to increase their hold to 28 out of the total 33 seats by grabbing Akwatia.

“It was only in 2008 that we had some rough patches at Akwatia. But I can assure you that we can win the Akwatia seat.”

“The NDC has traditional six seats since 1992 and they know the work we have done in the region and it scares them. We are leaving no constituency unturned. They should be ready.”

Asked how the party was working towards taking over the seven seats of the NDC, Mr Bodinga said, “It’s only a bad coach who will expose his strategy before the match.”