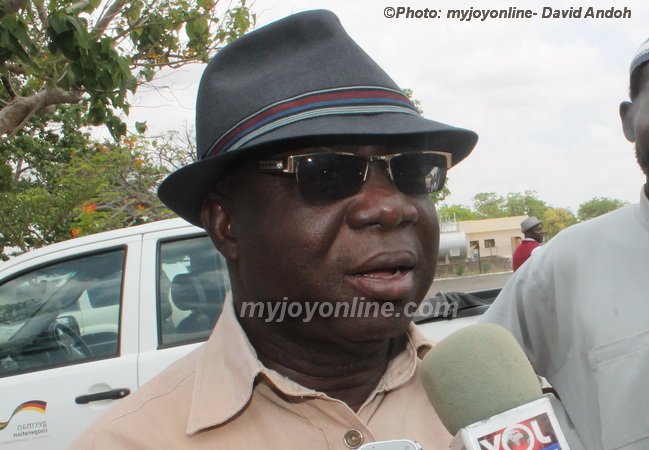 The New Patriotic Party (NPP) has re-echoed calls for the Electoral Commission (EC) to conduct a free and fair elections in December.

A credible election the party says is crucial to safeguarding Ghana’s peace and stability.

The Commission is currently conducting an exhibition exercise to enable prospective voters to get their biometric data verified in the voters register as part of preparations towards the general elections in December.

Speaking to Joy News' Martina Bugri in Tamale after a two-day working visit to the Northern Region, Acting Chairman, Freddy Blay said the party has been engaging the police and stakeholders in ensuring a peaceful election.

He charged the Ghana Police Service to let Ghanaians know that they are not working in favour of a particular candidate or party especially when reports are made of brutalities and intimidations.

He challenged party members to remain calm even in the midst of provocation especially, during this electioneering period to preserve the country’s peace.

His comments follow reports of attacks on the party's supporters in the Walewale Constituency.

Mr Blay called on the supporters not to give room to any individual who is losing the yet to be held elections the opportunity to provoke them to do anything untoward.

The NPP Acting Chair also for called calm among the party fellows as they strategise to win the election.

Mr Blay said calls by the National Democratic Congress (NDC) to allow President John Mahama to go for the second term is a thing of the past adding, even though it happened before, it cannot happen again.

He said it is obvious that if one of their [NDC] own is not performing it is fair that they allow another with the competence to take over to help make live better for Ghanaians.

He cautioned government functionaries to avoid the use of provocative language that has the tendency to cause mayhem in the country.

On the issue of the Montia 3, Mr Blay said it's unfortunate but the law has spoken.

He said as a party they have no stands on the matter. He, however, bemoaned the position of the NDC on the matter adding that it was surprising that government officials were agitating for the president to pardon the three when the court has spoken.