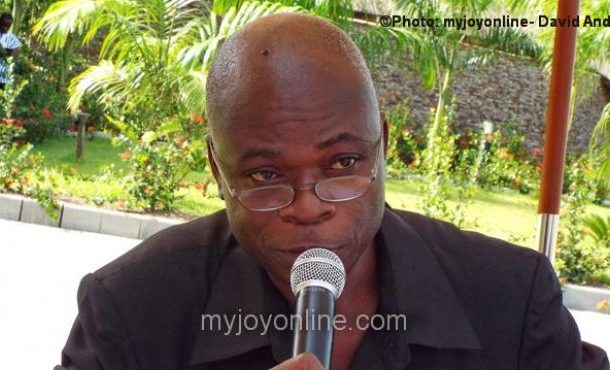 The New Patriotic Party in the Volta Region is ready to take advantage of the seeming apathy in the region believed to the 'world bank' of the governing party.

The Volta Region Chairman of the NPP Peter Amewu said the people of Volta Region are very discerning and will no longer be taken for granted.

He told Joy News Editor Evans Mensah democracy is about development and the people have compared the eight year administration of the NPP to that of the NDC and are convinced the tenure of the NPP was far better.

He said gone were the days when followers of the governing National Democratic Congress will be sermonizing that even if a goat stands on the ticket of the NDC, that goat will be voted for rather than voting for the NPP.

Peter Amewu's comments are in reaction to the caution given by James Avedzi MP for Ketu North to the people of Volta Region that the NDC risks losing the 2016 elections if the people do not wake up from the complacency they are in.

Mr Avedzi cited the example in the 2000 election saying the people complained of lack of development under the eight year tenure of the Rawlings administration and failed to turn to vote in the first round.

He said it was only when the election went into a run-off that the people decided to go out and vote but that was too little too late.

James Avedzi believes the same apathy and complacency that were apparent in the 2000 election is rearing its ugly head and if the party does not wake up and fight it the party could lose the elections.

The Deputy Volta Regional Secretary of the NDC Moustapha Gbande in an interview said the MP was right about the complacency and was only admonishing the people of Volta Region to step up their game.