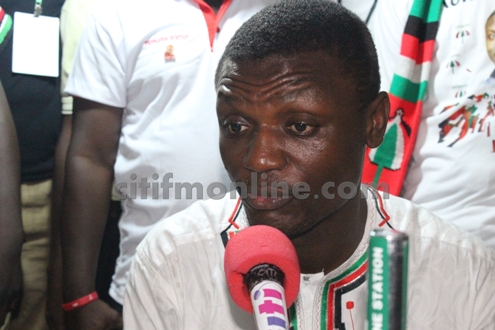 The National Coordinator of the NDC’s campaign for the 2016 elections, who doubles as the party’s National Organizer, Kofi Adams, has described the opposition New Patriotic Party (NPP) as a party specialized in divisions, confusion and suspensions among others.

Speaking at the party’s campaign launch, Kofi Adams said the NPP does not deserve another term, since it has failed its primary test of holding a party together.

He therefore advised Ghanaians to choose the NDC in the December polls.

“A leader who your children and grandchildren will be proud to have as a President. Indeed, when you vote for John Dramani Mahama and the NDC candidates across the country, your children, I mean your grandchildren will bless you, they will bless you for taking the right decision that you did not plunge this country into confusion,” Kofi Adams said.

Giving examples to support his claim that the NDC is the best option, Kofi Adams said the United Nations (UN) chose President Mahama when they were looking for someone to lead the Sustainable Development Goals agenda (SDG) due to his commitment to improving the lives of the citizenry.

He further stated that every developmental project that the NDC has embarked on was done through hard-work and not copying ideas from other political parties.