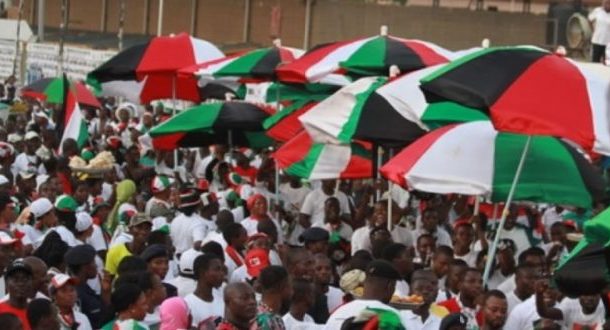 The Member of Parliament for Ho Central, Benjamin Kpodo, has warned the Volta Region risks losing all uncompleted projects undertaken by the National Democratic Congress (NDC) government in the region should another party come into power.

Accusing the New Patriotic Party (NPP) for abandoning projects initiated by previous governments, the Member of Parliament warned that a vote for NPP would affect ongoing projects.

Citing a specific reference, Benjamin Kpodo said the Kofi Annan Peace Keeping Center which was initially proposed for Akoefe near Ho by the JJ Rawlings led NDC Government, had to be relocated to Accra after the NPP came to power.

“From Akoefe to Tanyigbe Etoe, a land was acquired to construct the Kofi Annan Peace Keeping Centre during Rawlings regime. When we lost elections in 2000, he appointed his brother Addo Kuffo as the Minister of Defence and the first thing they did was to move the project to Accra” he narrated.

He insisted that all the ongoing projects by the Mahama administration would be abandoned by the NPP.

“I have been advising you that, you are not careful and you allow our government to lose, know that all these projects being carried out by the NDC would terminate; it would terminate!!” he said.

Benjamin Kpodo was speaking at the inauguration of the Ho Central Campaign Task-force today[Thursday].