NPP will not shield persons involved in illegal mining - Nana B 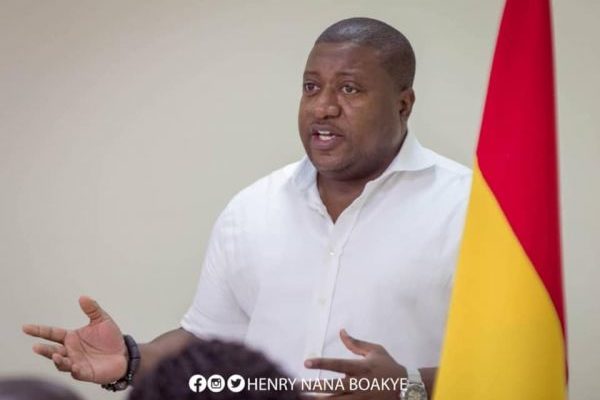 The National Youth Organizer of the ruling New Patriotic Party (NPP), Lawyer Henry Nana Boakye (Nana B) has issued a strong caution to Ghanaians, especially those in his party to desist from illegal mining activities popularly known as ‘galamsey’ that have caused serious destructions to forest reserves and pollution of water bodies in the country.

Speaking to peacefmonline.com , Nana B emphatically stated that the NPP will not come to the aid of anybody who is apprehended by the task force for engaging in any form of illegal mining activity. “The point must be made, without equivocation, that the NPP will not be a shield for anybody including NPP members who disregard the law and indulge in galamsey to pollute our water bodies and destroy our forest reserves” Nana B has said.

The government through the Ministry of Land and Mineral Resource has renewed the fight against galamsey, with some bold and audacious measures taken in this short period. It would be recalled that 200 military officers were deployed to sweep water bodies and forest reserves that have been taken over by illegal miners over a week ago. This exercise led to the burning of 9 excavators, over 120 shanphans and the confiscation of other equipments.

He therefore admonished the youth to go through the legal process to obtain proper license and other authorizations in their quest to do mining in the country.