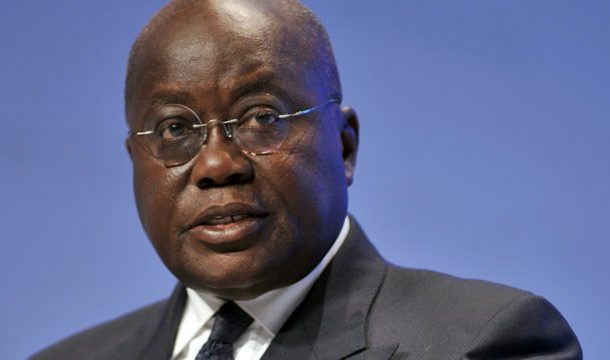 The New Patriotic Party flagbearer Nana Akufo-Addo is promising to institute a Coastal development Authority when voted into power in 2016.

The Authority, he stated will be used as a vehicle for rapid development of communities along the coastal regions of Ghana.

The NPP flagbearer made the promise during his interaction with fisher men along the coast of Sekondi in the Western Region.

The Coastal communities in Ghana make a huge contribution to the country's economy by employing thousands of youth and providing food to many homes.

Yet these communities have been ranked as one of the least developed areas across the country with lack of social amenities, youth unemployment and other social vices.

Nana Akufo-Addo said governments have over the years abandoned the fishing communities despite the major role the fishing economy plays in the country.

He said the Coastal Development Authority will be a major feature in his party's manifesto and will be executed diligently when voted into power in 2016.

This is not the first time, a government or political party in the heat of a campaign has promised to set up a development authority to arrest development challenges in specific areas.

In 2008, the NPP promised to initiate a Northern Development Fund which will be used specifically to develop the three northern regions in the country. The NDC on the other hand promised a similar project, the  Savannah Accelerated Development Authority (SADA) when it wins the election.

However, the implementation of the policy by the NDC government has been saddled with corruption, misappropriation of funds and has left the Northern and Savanna regions of Ghana the poorer.

But the Policy Director of the NPP Campaign team Boakye Agyako told Joy News' Francis Abban, unlike SADA, the Coastal Development Authority will be anything but a looting instrument by the state.

He claimed SADA had been "bastardised" by the governing party, but the Coastal Development Authority will be a "targeted interventionist program" with superior thinking and expert execution to solve the "myriad of social problems like teenage pregnancy, illiteracy, youth unemployment etc within the coastal regions of the country."

Boakye Agyako objected to the assertion that the local assemblies were better placed to execute this policy than at the central government level.