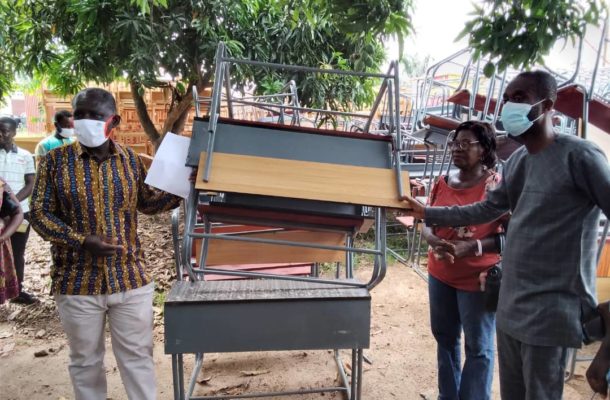 The Municipal Chief Executive (MCE) for Nsawam-Adoagyiri in the Eastern Region, Mr. Isaac Kwadwo Buabeng has donated 540 mono-desks to the Education Directorate to be distributed to the basic schools in the area.

The donation according to him, was aimed at creating a conducive environment for the pupils to be able to study well and improve on their academics.

At the presentation ceremony, Mr. Buabeng said education a key priority to the President of Ghana and that it is his mandate to also make provision of learning materials in his municipality.

"I'm a teacher and the President of this nation is also much concerned about education for our young ones so it is my mandate to see to it that teaching and learning materials are okay in my municipality," said the MCE.

HEe disclosed that the furniture will be distributed to about fifty (50) basic schools in the municipality.

He also revealed the Assembly has constructed 6-unit classroom blocks and handed over to some schools in the area.

He urged the beneficiary schools to take good care of the furniture to last longer.

“I urge all the school authorities to be much concern about the maintenance of the furniture. You know Africans we don’t consider that so I’m urging them to use it wisely for it to last for them,” he stated.

The representative of the Municipal Education Directorate who received the desks on behalf of the schools expressed gratitude to the government for its commitment in providing them with the desks. 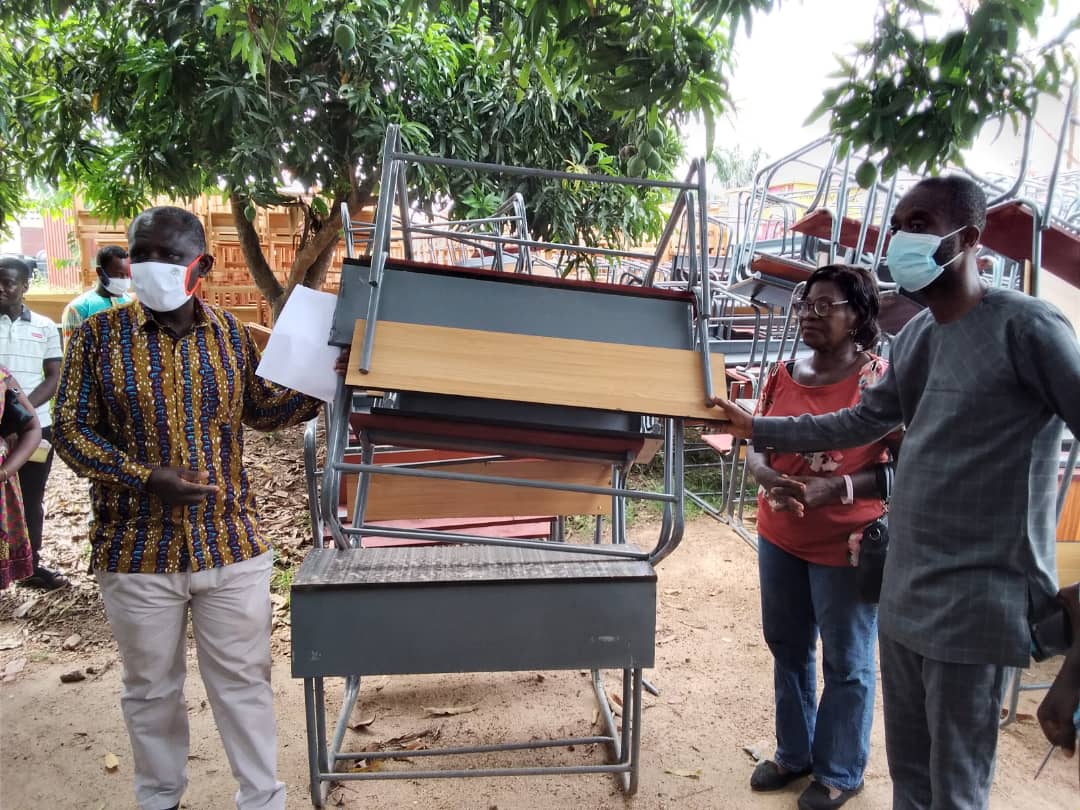