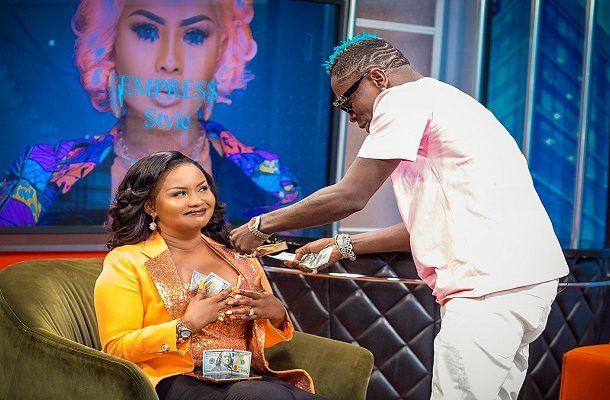 The “poor handling of guests” by Nana Ama McBrown on United Showbiz has triggered criticism from Radio personality and artiste manager, OB Nartey.

His comment follows a near brawl between dancehall artiste, Shatta Wale and entertainment critic, Arnold Asamoah Baidoo when the two appeared on the United Showbiz program over the weekends.

It will be recalled that Shatta Wale while addressing his fans and the nation on June 3, 2021, stated that during his recent visit to the United States, he shared his concern about the lack of a unique genre that attributes solely to the Ghanaian brand.

He said as a dancehall artiste, his business partners wanted to know whether or not there was a single binding identity for Ghanaian musicians.

He, therefore, urged all music stakeholders to come together to create a unique genre for global attention.

Reacting to the address, Arnold Asamoah Baidoo argued that Ghana’s unique genre is highlife and that he could not fathom why Shatta Wale will run away from the truth. He then labeled Shatta Wale as the “most confused and inconsistent” artiste in recent times.

However, Arnold's remarks did not sit well with the famous musician as he poked him back one week later when they both appeared on the very platform he made the comments.

For some minutes, the two were engaged in an altercation before they later reconciled.

But appearing on Peace FM's Entertainment Review show on Tuesday to share his opinion on the UTV fiasco, OB Nartey blamed Nana Ama McBrown over how poorly she moderated the guests on the show.

According to him, she lost control of herself and made the show look as though it was staged.

“Nana Ama McBrown needs orientation on how best to moderate a show. For me, the show was moderated poorly. She could not control the guest, everything was abysmal. She didn't have a grips on the show.  She handled is poorly to make it look as if it was staged. She couldn't control anybody and that for me is a minus,” he fired.

Asked what he thinks McBrown could have done better, OB Nartey said: “Shatta Wale is not bigger than the platform so as a moderator, you should control the guest when he is veering off.”

He added: “It's either she was overwhelmed by the Shatta personality or her first time of hosting Shatta. I just felt that she lost grips of the show and that's what caused all the brouhaha.”

He, therefore, suggested to the management of UTV to school McBrown on show moderation as according to him, United Showbiz is a “big show” watched by other important dignitaries across the country.

“The show is a big show, not just entertainers are watching, other dignitaries are watching because of the magnitude of the platform and so anybody who is moderating must do that to a certain level that anyone will say the show has been well organized,” he added.