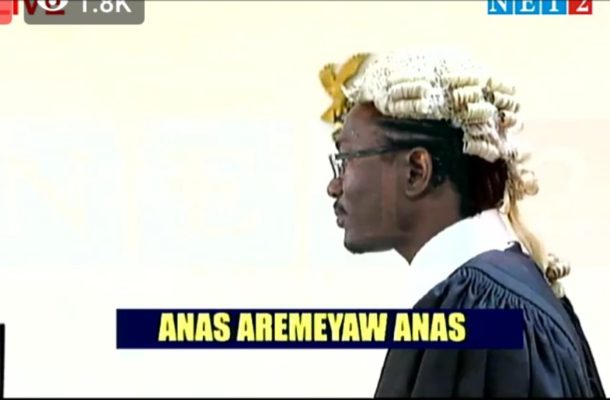 Portions of a statement purported to have been issued by Mrs. Ellen Kwawukume the prosecutor who handled the gold scam case in 2009 in which Anas is alleged to have take $50k bribe  states;

Did she in her preparation to go to court ever meet the complainant?

Did she ever see the face of the representative of  Omega Strategic Services, the company alleged to have been duped by the 3 suspects?

I ask because she said “whatever HIS reason was for not coming”.....

Furthermore the former state attorney says..... “It was alleged that the accused persons had threatened him with juju if he shows up in court.”

The nagging question for me on this aspect of the supposed statement is Who alleged? Who made that allegation? Madam Kwawukume was representing the complainant and the state whose laws have been breached, is she the one who alleged this as the prosecutor?

Where was this allegation made?, in open court?

On which of the three dates she provided was this said in court?