odds to BetOn: James Maddison odds-on to sign for Arsenal in a £70m transfer 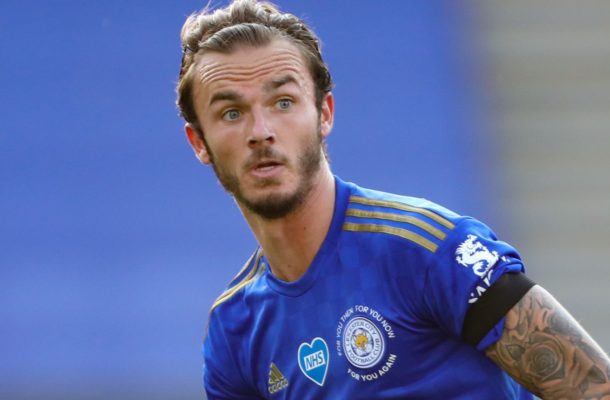 An earlier report yesterday (Thursday), however, claimed the Foxes are reportedly demanding a mouth-watering £70 million from the north London club for the signature of Maddison.

This report is also backed by Sky Sports, who claimed Arsenal will have to cough out the Foxes' £70 million asking price if they wish to sign the Coventry-born midfielder this summer, as the north London club that battled series of inconsistence performance last season are strongly keen on rebuilding their squad using Mikel Arteta’s ideas of bringing in specific profiled players.

Arsenal’s interest in Maddison would have come across as a surprise to many but not anymore. In the last month or so, the Gunners have solidified their focus on the England star, as Mikel Arteta remains keen on a player who could provide some much-needed creativity.

The Gunners lacked creativity during the first half of last season, and the lack of goals was evidence enough of that problem. However, after Arteta introduced Emile Smith Rowe and brought Martin Odegaard on loan during the second half of the season, the team excelled and produced plenty of good results.

Maddison has since become one of Arsenal’s priority targets, despite being so expensive. Arsenal have already agreed on personal terms with the England star and are prepared to pay him wages of around £200,000 per week on a four or five-year contract. Despite battling with injuries for much of last season, the 24-year-old still contributed eight goals and five assists to a Leicester team who finished the season in fifth position same which the Gunners will also be hoping for come end of the upcoming 2021/22 Premier League season.

Arsenal, who kicks of their 2021/22 Premier League season away at Brentford, are early favourites for a straight with best usa online casino on bet365. However, while other markets in the likes of Player to score, Yellow Cards and the likes are yet to be updated, there are still tons of market to choose from.

Arsenal have just signed Emile Smith Rowe to a long-term deal, and a 24-year-old Maddison fits the younger direction in which the Gunners are heading. There is current gap to be filled in the number 10 position at the Emirates after Martin Ødegaard wasn't re-signed following his loan spell, and Maddison certainly has the talent to do so.

However, reports have emerged that Odegaard could be back in the market. News of his unhappiness in the Real Madrid camp have been circulating, and the Norwegian would like to return to Arsenal. Arteta certainly wanted him as the priority playmaker target earlier and a move could be on the cards. It will be interesting to see which way the Gunners move in the coming days.

The online casinos for real money betting market does seem to think Maddison will be joining Arsenal before the window closes though, with the 2/5 meaning an implied probability of 71% chances of the transfer happening. We are committed in our support of safer gambling. Recommended bets are advised to over-18s and we strongly encourage readers to wager only what they can afford to lose.

Both players are equally appealing and bring something different to the current setup. Arteta and Arsenal already have a taste of Odegaard’s capabilities, although they remain keen and curious over Maddison’s explosive style of play. Either way, both players will cost a lot of money and certainly fit the young profile of players the Premier League giants are targetting for their re-build.