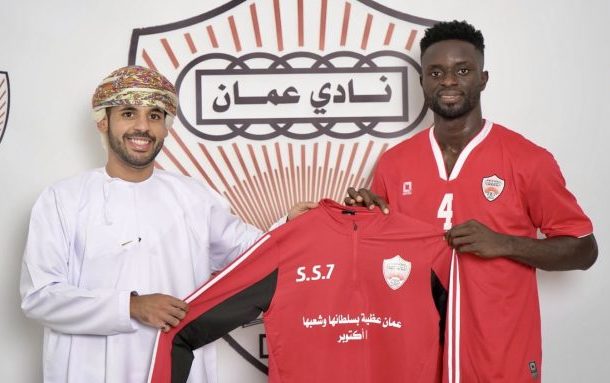 Ghanaian striker Cosmos Dauda has sealed a transfer move to Omani first division side Oman FC after reaching terms with the gulf based side.

He joins the Muscat based side on a one year deal after departing Saudi Arabian side Al-Thoqbah where he departed as a free agent.

The former Hearts of Oak striker has been without a club since becoming a free agent in October 2020.

They will be hoping the striker can help them gain promotion to the top tier side with his rich vein of experience in the gulf region.

Dauda who played for Tudu Mighty Jets has in the past played for Hearts of Oak and several other clubs in the gulf region Al Faisaly, Salam Zgharta, Omani side Al-Rustaq.

He played for Hearts of Oak before beginning his foreign sojourn in 2018.