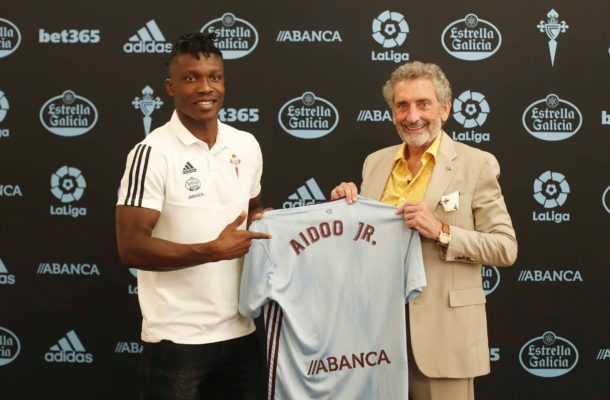 The 23 year old put pen to paper on a five-year deal after completing all the necessary processes on Thursday.

Aidoo joins the Sky Blues from KRC Genk where he guided them to Belgian league title last season.

He will be presented to the media and fans on Friday at 7:00 pm.

Aidoo made debut for the Black Stars in March and was named in Kwesi Appiah's 2019 Africa Cup of Nations in Egypt.

He featured against Guinea Bissau in Ghana's final group game at the Suez Stadium.