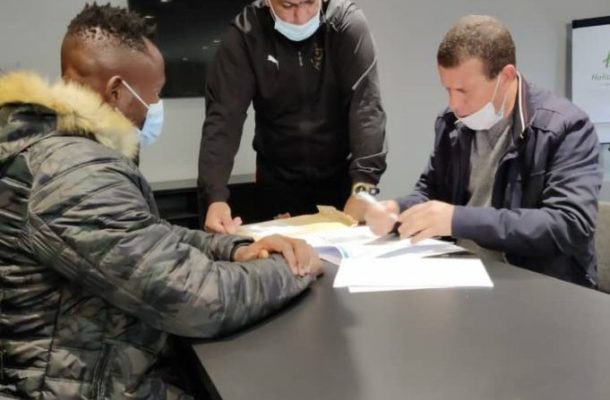 Ghanaian striker Joseph Esso has completed his transfer to Algerian side MC Algiers after passing his medical examination on Monday morning.

The striker who arrived in Algeria on Friday has put pen to paper on a three year contract with the North African side.

Esso joins his new side from Ghana Premier League side Dreams FC where he has been in good form.

Dreams announced the deal last month but it was subject to the player passing his medical examination and agreeing personal terms.

Esso has been in fine form for Dreams FC in the Ghana Premier League this season as he has scored 11 goals in 19 matches while providing two assists.

The former Ebusua Dwarfs striker joined Dreams FC as a free agent in August 202o after the expiry of his contract with Accra Hearts of Oak.

Esso was a member of the Black Stars B squad that finished runners up in the WAFU Zone B tournament in Senegal in 2019.

He was handed a call up to the Black Stars and was part of the squad that played against South Africa and Sao Tome and Principe this month in the AFCON qualifiers.