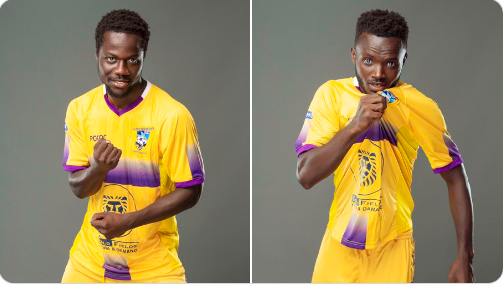 Ghana Premier League side Medeama SC have announced that they have reached an agreement with Kumasi Asante Kotoko for the transfer of two of their key players.

Central midfielder Richard Boadu and right back Samuel Appiah have both secured a move to Kumasi Asante Kotoko.

Although the Tarkwa based club did not name any transfer fees our checks has revealed that Kotoko paid Medeama $25,000 for Richard Boadu after his Partizan move failed to go through while Samuel Appiah also cost Asante Kotoko GHC40,000 with a 40% future sell on clause for the mauve and yellows.

Richard Boadu aka Agadas has signed a four-year deal with the porcupine warriors after his move to Serbian SuperLiga giants FK Partizan Belgrade fell through.

They have both been on the radar of Asante Kotoko for some time now and the club will be confident heading into the new season.

"We have reached an agreement with Asante Kotoko SC for the permanent transfer of midfielder Richard Boadu and defender Samuel Appiah We thank the two players for their outstanding contributions to the club." Medeama announced via their Twitter handle.