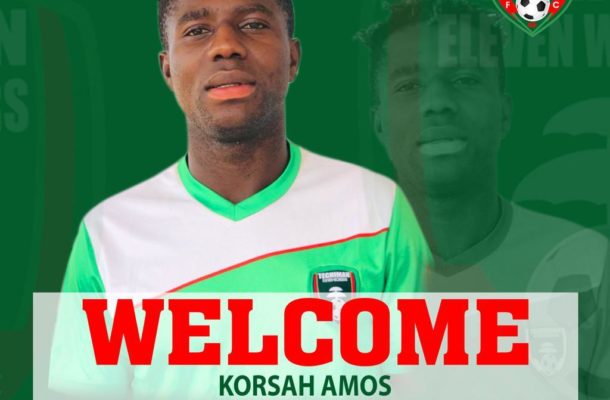 Ghana Premier League side Techiman Eleven Wonders have completed the signing of rookie left back Amos Korsah ahead of the 2021/2022 season.

He is the club's eight signing in what has been a very busy transfer window as they bid to avoid the troubles of last season where they fought off relegation.

The left back joins the Techiman based side from Accra Young Wise and has signed a three year contract that will keep him at the club until at least 2024.

Last season Eleven Wonders had a tango with relegation and had to fight off with few games to end the season and would want to avoid that coming season with eight purchases so far.

Korsah had a good run with the lower tier side last season and will be hoping to replicate his good form in the Division One in the elite division.

Eleven Wonders will play host to AshantiGold in the opening weekend of the 2021/2022 Ghana Premier League season which starts on October 29.