'Oh Mummy I beg!' – How Akuapem Poloo's plea to judge during ruling 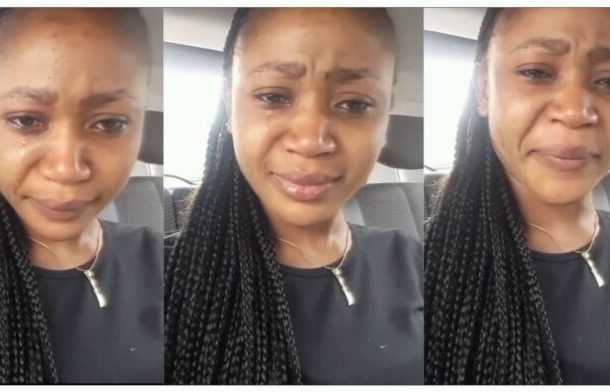 As judge Christian Cann read to Akuapem Poloo and the court, her decision, the actress let out a huge cry “Mummy, oh Mummy, please, I beg, oh, what am I going to do now?”.

The cry continued as the judge read out the full sentence and as she concluded her speech, Akuapem Poloo also gave her last words in the court.

Indeed, she was alone. The usually bubbly Akuapem Poloo looked shattered and completely lost as she was whisked into a nearby a taxi.

Her outcry threw the courtroom into a state of melancholy with people present sharing in her grief.

Instead, she is going to be confined to the ‘four corners’ of a possibly congested Ghanaian prison with her right curtailed because of a misjudgment she made on June 30, 2020.

On that day, she showed her ‘motherly’ love for her son by posting a naked picture of herself and the seven-year-old boy but that show of ‘love’ has turned out to be arguably the biggest mistake of her life.

What started off as condemnation from social media users has exploded into a full-court trial landing her a three-month jail sentence.

By the time another June 30 appears on the calendar, barring a review of the ruling, she would be in a prison with the opportunity of celebrating her son who would be eight years taken from her due to her own mistake.

Her lawyer has filed an appeal and she will hope that a favorable ruling is chalked. Other than that she will spend that day mulling over the move she made some 365 days ago that landed her in her current situation.