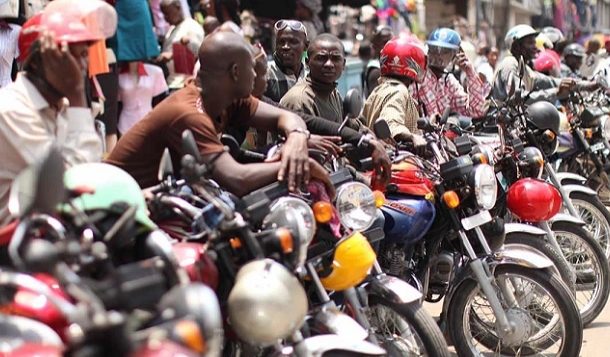 Commercial Motor Riders, popularly known as ‘Okada’ riders in the country are calling on the New Patriotic Party (NPP)- government, specifically the Vice President, Dr. Mahamudu Bawumia to deliver the cars they were promised.

They want the ruling party to come out to explain to them why they have refused to make available the vehicles they promised them, four months after winning the 2020 election.

According to the riders, they have been left to their fate in the business as they continue to face pressure from the police because the ‘Okada’ business has not been legalised.

The opposition National Democratic Congress (NDC) promised to legalise and control the ‘Okada’ business during the 2020 campaign.

But the NPP-Government, especially the Vice President, Dr Mahamudu Bawumia who did not agree to the commercialization of the ‘Okada’ business promised to get the riders mini cars as well as employment opportunities in the various sectors to give them some form of livelihood in a safer environment as the ‘Okada’ business is seen as risky.

But four months after the NPP won the election, the Okada riders claim the Vice President has gone mute over the issue .

peaking with Abena Dufie Asare Agyepong on Atinka TV’s morning show, the National President of Okada Riders Association of Ghana, Mohammed Apambila said the police was still stopping and arresting them because the business has not legalised.

He said the riders are sometimes forced to pay some amount of money to the police in order to prevent them from seizing their motorbikes.

The Association says it will first confront the National Organizer of the NPP, Samuel Awuku, the Greater Accra Regional youth Organiser of Party, Moses Abor, to hold them accountable for the promise they made to them at the Nkrumah Circle, ‘Circle Dubai’ before the election.

“We want the NPP-Government to know that when they needed us, we were there for them. When they promised us vehicles, we were happy about it and voted for them but after the election, they have neglected us,” he said.

He added that, “We want to tell them to fulfill their promise, so that tomorrow when they give us direction, we will follow it.”

For his part, the Vice President of the Okada Riders Association, Yussif Sumani also added, “They promised us cars and after voting for them, we want to know where the cars are?”