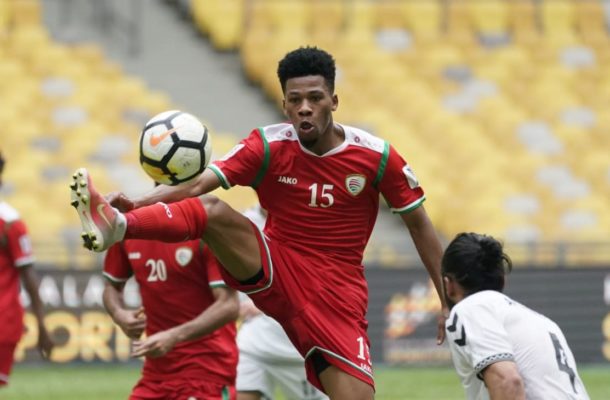 Kuala Lumpur: Oman flexed their muscles in the first half to beat Afghanistan 5-0 in their 2019 AIRMARINE Cup semi-final at the National Stadium in the Malaysian capital on Wednesday.


The win is a positive start for Oman head coach Erwin Koeman, who replaced Pim Verbeek at the helm less than a week ago.

Four different players etched their names on the scoresheet to seal their place in the final on Saturday, where they will face either hosts Malaysia or Singapore, who will play in the day’s later match.

The match began intensely with both sides fighting for possession, but the ball barely travelled past their respective final thirds in the opening minutes.

Nine minutes into the game, Oman took the lead when Raed Saleh’s corner kick found Mohammed Al Musalami, who unleashed a shot which was touched home by Ahmed Mubarak

Afghanistan’s defence began to show signs of cracks, and Oman pounced on such mistakes with Aziz Al Maqbali coming extremely close to doubling their lead in the 16th minute when he sidestepped several defenders in the box, only to shoot wide.

On 26 minutes, Mohammed Al Balushi dispossessed an Afghan defender and sent a superb through ball past the Central Asians’ backline, and Saleh surged forward alone before beating goalkeeper Ovays Azizi to make it 2-0.

Anoush Dastgir’s Afghanistan began to push back but their runs into the final third were consistently caught offside or cut short by Oman’s quick defenders.

As the game headed for the break, Oman found the back of the net two minutes into the first half added time from a corner set-piece once again, with Saleh sending in yet another exceptional corner kick that found Al Balushi who rose highest to head home.

Afghanistan returned in the second half more spirited and were threatening in front of Oman’s goalmouth but they were caught off guard when Oman launched a swift counter-attack that saw Saleh sending a cross forward to Al Maqbali, and the forward calmly beat Azizi with a left-footed strike.

It was not to be for Afghanistan, as Oman had the final say in the match when custodian Azizi failed to properly clear Saleh’s corner kick into the box, and Musallam Akaak made no mistake from close range to send the deflected ball into the back of the net in the 93rd minute.