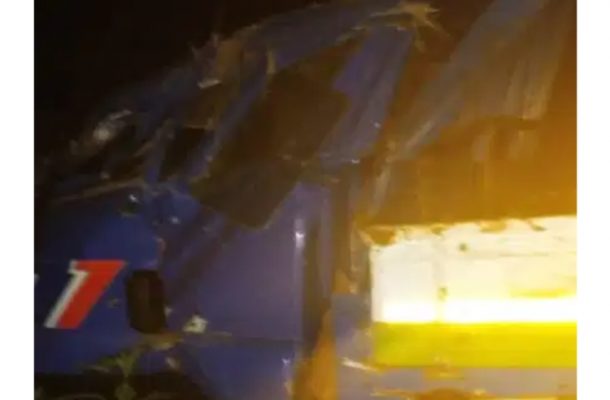 Ghanaian footballer Fuseinu Mohammed, has been confirmed dead as lower division club Real Tettekwao United FC were involved in a gory car accident on Sunday afternoon while enroute to play a pre-season friendly against Union Rovers in Goaso, according to a report filed by AshesGyamera.com

The accident, which happened at the Akrodie junction on the Goaso-Bibiani highway, was a gory one leading to the pronouncement of Mohammed dead at the spot.

According to Frank Owusu, the coach of the club, they were in a KIA Rhino and their car failed brake when the driver applied it. The car then veered into a nearby bush and somersaulted leaving almost everyone on board with various degrees of injuries.

“The driver failed brake at the Akrodie junction and the unexpected thing happened. It is a sad situation to say the least,” Owusu told AshesGyamera.com reporter Evans Gomez in an interview from the accident scene.

“We were going to Ahafo regional capital Goaso from Sankore to play a friendly with Union Rovers since we have plans to register for the upcoming second division league. One of our players who is even a student died on the spot and others have suffered different form of injuries.

“We couldn’t hire a bus so we were travelling in a KIA Rhino due to lack of funds. It wasn’t intentional to risk the lives of people but we had to make this journey and fine tune the squad,” he added.

AshesGyamera.com can report that the injured players and technical team members who are about 30 in number were sent to Goaso Municipal Hospital but those in critical conditions have currently been referred to Hwidiem Government Hospital for an extensive treatment.