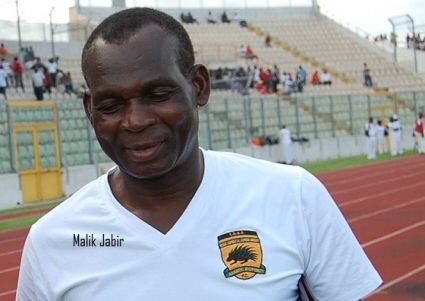 There has been a lot of consternation among a lot of local coaches since it was announced on Monday the appointment of Dutchman Patrick Greveraars as the second assistant coach of the Black Stars.

He has joined the like of J.E Sarpong, Mohammed Polo who have all hit out at the decision to appoint the Dutchman as coach of the Black Stars with all the human resources available in Ghana.

According to Malik Jabir coming events cast their shadows and is sure there will be a repeat of what happened to former Black Stars coach Kwasi Appiah who sacked his then assistant coach Ibrahim Tanko and replaced him with C.K Akonnor only for Akonnor to be handed his job.

"CK is not happy with him [Duncan], he wants to get rid of him. That’s the feeling of Duncan now. And aside that it also happened during CK Akonnor’s time. It was Tanko or was it Konadu who was the assistant for Kwasi Appiah?" he told Class FM in Accra.