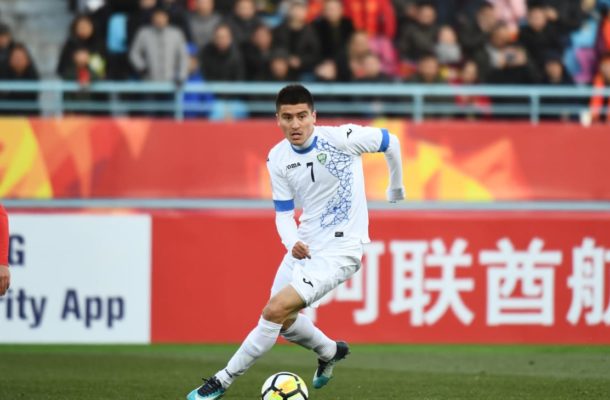 Kuala Lumpur: In their seventh AFC Asian Cup appearance, Uzbekistan will be looking for Odiljon Xamrobekov to inspire them to new heights.


The standout performer at this year's AFC U23 Championship, Odoljon Xamrobekov is raising the stakes as he looks to leave a similar impact in his first tournament with the first team.

Xamrobekov made his international debut in 2017 in a friendly match against the 2019 AFC Asian Cup hosts, the UAE, and has gone on to make nine appearances for the White Wolves.

The midfielder was crowned most valuable player of the tournament when Uzbekistan won the AFC U23 Championship earlier this year.

With experience in abundance in the likes of Odil Ahmedov and Server Djeparov, Xamrobekov will add an element of youth into Hector Cuper's side.

With his perfectly timed tackles and ability to read opponents, the 22-year-old offers Cuper a variety of choices as he can play as a centre-back, defensive midfielder or central midfielder.

Masterclass defending is not Xamrobekov's only quality, the youngster is capable of controlling match tempos with his exquisite range of passing and composure when is deployed in midfield.

What to look for

Ever since independence, Uzbekistan have made it to every AFC Asian Cup. Having reached the quarter-finals on three occasions and finished fourth in 2011, the country is eager to hit a new milestone and reach their first final in the competition.

Although Oman have never qualified from the group stage of the competition and Turkmenistan are still without an AFC Asian Cup win, Uzbekistan have to face record champions Japan, and should they proceed to the knockout stages, tough challenges lie ahead for Xamrobekov and co.
Where and when to watch him