Ones To Watch: West Asia Zone 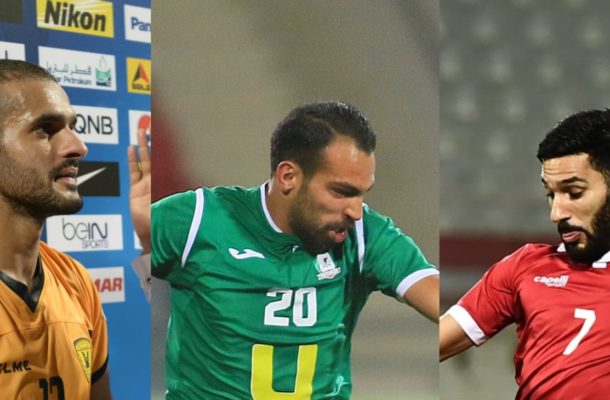 Kuala Lumpur: The 2019 AFC Cup Group Stage gets underway with the West Zone kicking off the action on Monday. And, for the first time in three years, a new champion will be crowned with Air Force Club not appearing at this year's edition.


In the absence of the three-time champions and their two-time AFC Cup MVP striker Hammadi Ahmed, here are six stars from the West Zone who could lead their sides to continental glory this year.

Some have a glorious AFC Cup history while others will be making their debut in the competition this year, but all will surely be bringing their magic to pitches across the continent over the next few months.

Despite of his slender build, the 175-cm-tall forward is a constant threat from aerial balls, owing to his natural scoring instincts and ability to find pockets of space in opposition penalty box. Faisal has come through the youth ranks at Al Wehdat and has been at the club for his entire career, bar a short loan-stint at Kuwait SC.

Part of the Jordan squad that impressed in the recent AFC Asian Cup, Baha Faisal made two substitute appearances for the Chivalrous in the UAE. The 23-year-old has two goals to his name in the AFC Cup, both coming in the 2016 edition.

Faisal has been in a rich scoring form in the Jordanian League, his seven goals from 13 matches put him second in the competition’s scoring race despite his side’s mixed performances this season which see them sitting in fifth place.

Arguably Lebanon’s greatest player of the past decade, Hassan Maatouk captains his club and country. The veteran forward started all three games for the Cedars at the 2019 AFC Asian Cup and scored in the 4-1 win over DPR Korea.

With 75 caps and 20 goals to his name, Maatouk is Lebanon’s joint all-time top scorer. At club level, he joined Nejmeh in 2017 after a five-year spell in the UAE with various clubs.

The 31-year-old has 11 AFC Cup goals to his name, having represented both Al Ahed and Nejmeh in the competition.

Wearing the vaunted number 10 shirt for both club and country, 27-year-old Ahmed Samir will look to bring his experience and presence to the Al Jazeera midfield on the back of an AFC Asian Cup UAE 2019 campaign that saw him play a role in all four of Jordan's matches.

His influence on the team is especially important in the absence this year of star player Musa Al Taamari who signed for Cyptriot club APEOL midway through the 2018 AFC Cup campaign.

Capped over 40 times for his country, Samir has spent most of his club career in his homeland, bar a brief spell in the UAE, and will look to turn a third AFC Cup campaign into a successful one.

Kuwait midfielder Faisal Zayed has been in electric form since joining Kuwait SC ahead of the 2018-19 domestic season, netting eight times in the league as the club went unbeaten in their first 13 matches to top the table.

Zayed was also the catalyst for Kuwait SC's improbable comeback against Jordan's Al Wehdat in their 2019 AFC Champions League Preliminary Stage 1 tie, netting a brace as the Kuwaitis came from two goals down to win 3-2.

Should Zayed, and Kuwait SC, maintain their imperious form then the chance for them to add to their joint record-leading three AFC Cup titles will be ever greater.

Like Kuwait SC, Al Ahed have been supreme in their domestic championship so far this season. 15 wins out of 16 and 30 goals scored, nine of those coming courtesy of Bulgarian forward Martin Toshev.

The 28-year-old, who stands six feet tall, came to Beirut via spells in his homeland and Germany and has settled quickly into life on the pitch in the Lebanese Football League.

Having scored three goals in his Lebanese debut, Toshev will be looking to kick off his maiden AFC Cup campaign in similarly clinical style aided and abetted with supply from the dynamic Ahmad Zreik and Mohammad Haidar.

The living legend of Qadsia SC and Kuwait football, Bader Al Mutawa is the current active leader in international caps for male footballers with over 160 appearances for his country and has been nominated three times for AFC Player of the Year.

With over 330 appearances and more than 230 goals for Qadsia SC, Al Mutawa has effectively been a one-club man since joining the team in 2002 apart from two brief loan spells in Qatar and Saudi Arabia.

The talisman of the Qadsia SC side that reached the AFC Cup final three times between 2010 and 2015, winning the title in 2014, the forward racked up 28 goals, but a FIFA ban on Kuwait stopped him from bagging even more since then.

At 34, he could still have a chance to cross the 30-goal mark in upcoming seasons.
Now that you've read about some of the stars who will be on show in the West Asia Zone of the 2019 AFC Cup, let us know who you think will shine brightest in the group stage by casting your vote below.

Who will have the biggest impact?