Only a thief and a corrupt official fears auditing 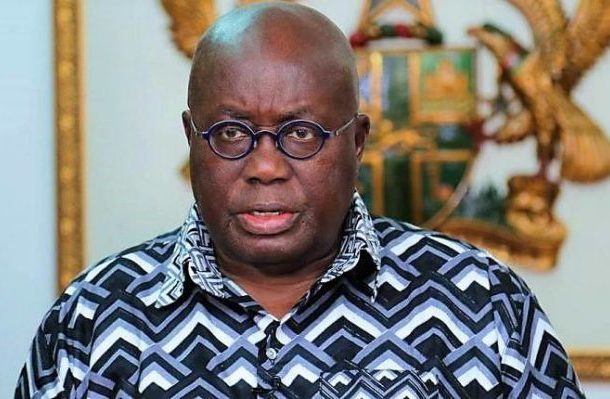 The NPP came to power on the heels of fighting corruption. They swept the nation of their feet. Only a few people could tell these people are not honest and mean well.

Immediately power changed hands, they sang into motion the agenda to take over state institutions. They set up corrupt minds to raise allegations against the Chairperson of the Electoral Commission of Ghana, and threw her out. Now Domelevo, the auditor general !!!

Any corruption allegation against any member of his government, be it Australia visa fraud, contaminated fuel, renegotiation of the Ameri deal, the sale of Ghana's Electricity Company to PDS, Osafo Marfo's corrupt deal with Kroll and Associates, selling excavators and aboboyaa claiming it is missing, and many disgraceful acts of corruption, was passionately cleared by His Excellency NANA ADDO DANQUAH AKUFFO ADDO, the so called incorruptible one.

Sorry for my words, but today, Nana Addo Danquah and his government stinks like carcass!!!

Someone who promised to fight corruption, using the Anass principle, is today fighting Anass. Shameless.

Today, Anass doesn't have the protection to investigate like before. You can tell in his latest documentary on the Covid 19 corruption. He could only investigate fake COVID-19 drug dealers, and didn't dare to venture into the consumers and the distributors of the 54 million cedis. Life is very important you know !!!

Many may not see this link, but if you follow the corporation Anass and his team had given the attorney general's department before Ahmed Suale's untimely death by gun men, you will understand the extent people can go to protect corruption under this administration !!!

Honestly, these people must be shown the exit in the next 4 months !!!

You may want to know why government is behaving like kids whose toffees have been seized by Domelevo, the auditor general.

The public accounts committee's sitting this year, will be focusing on the first year of Nana Addo's administration!!! Their thievery, is what they are finding solutions to. They can not stand the test of accountability.

The first solution is to get Domelevo out of the picture and get a stooge to be in parliament to defend their rot !!!

Forgive me ones again for the use of the word stooge, but were you not surprised that days after the auditor general was asked to go on leave, his deputy, acting auditor general wrote a letter to clear Osafo Marfo of any wrong doing?

Everyone on leave has the liberty to go back to his office to pick an item or two that may be of need to him or her. But not under a Nana Addo's administration.

Yesterday, the door lock of the auditor general was changed without his knowledge.

I pray that place had not been ransacked to pick documents etc.

I honestly feel shy for this administration. What are they afraid of?

Let's pray for Ghana as we gradually enter the election season and pray again for the public accounts committee members who will be tough during these sittings.

There are better days ahead. The rule of the tyrant will surely come to an end, and tyrannical tendencies, definitely will be uprooted !!!