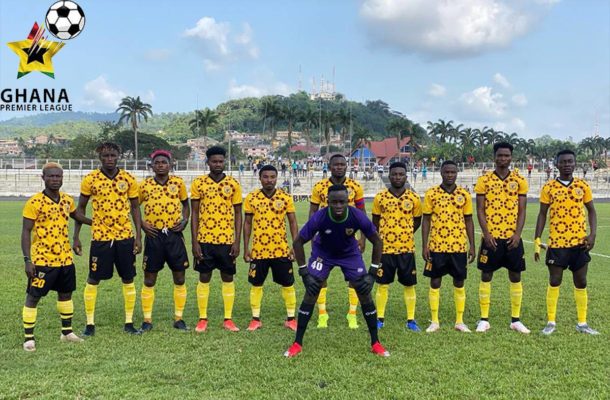 The miners have had a difficult start to the season as they are onto their second coach of the three week old league.

AshGold sacked their coach Ernest Thompson Quartey last Monday but winger Mathew Agama believes they will deepen the woes of Hearts of Oak.

The phobians have not yet lost a game neither have they won a match this season drawing all their three matches thus far.

Speaking in an interview with Ghanasportscenter.com, the winger revealed they have revenge on their minds as they want to get one over Hearts after the defeat in last year's MTN FA Cup final defeat.

“This week we have done hundred percent work out with our new coach [Thomas Duah], he came yesterday and we worked together as a team so Hearts of Oak we know is a very big team and since we started the league last season whenever we meet them is a tough match. I think this week we are already to give out hundred percent job.

“Sure, we will beat them because our position now is very bad, we don’t deserve to be there as you know AshantiGold is a big club so we deserve to be on top.

The game will come off on Sunday 3pm at the Len Clay Stadium.